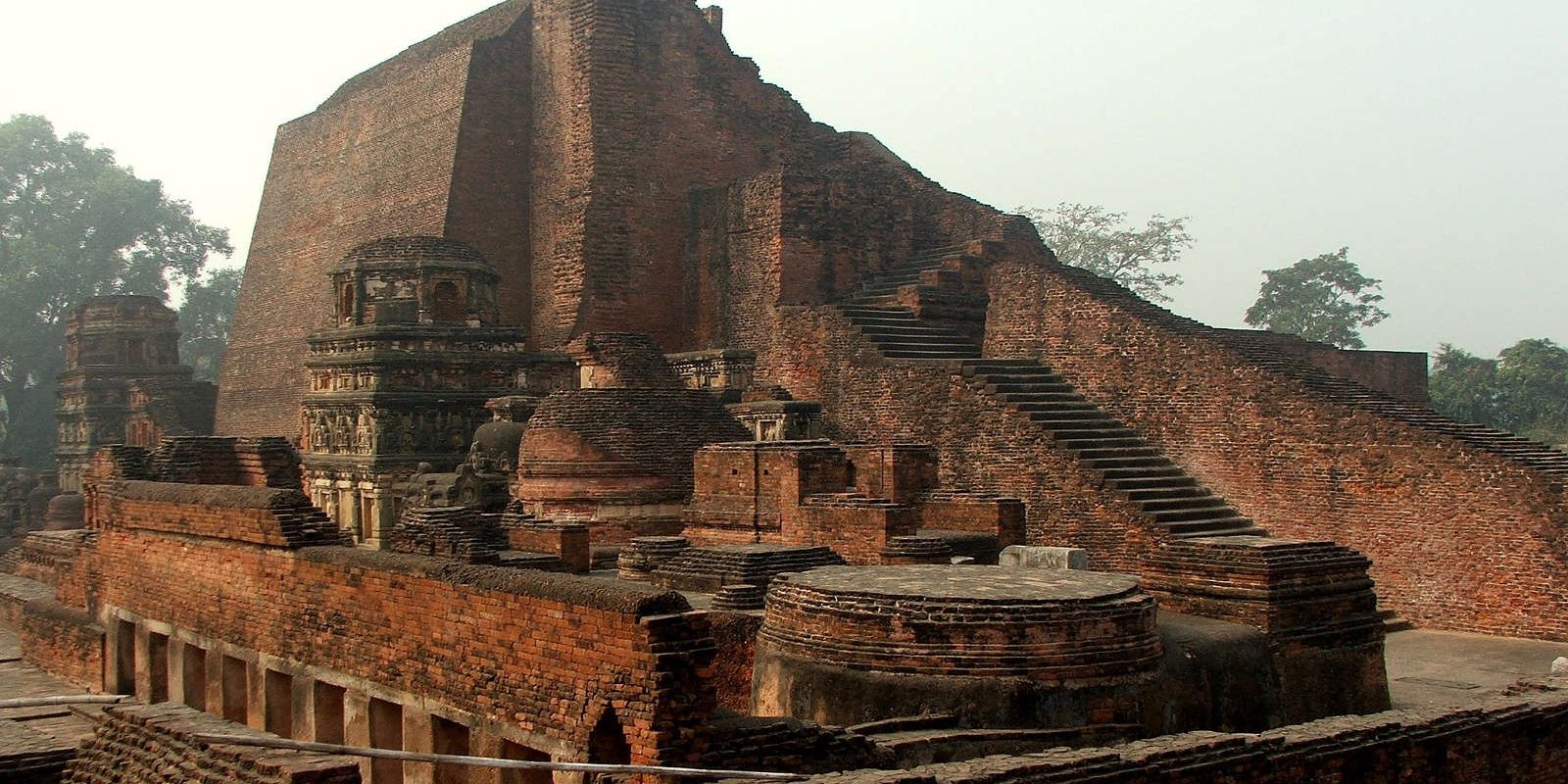 Nalanda, founded in the 5th century AD, is famous as the ancient seat of learning. The ruins of the world’s most ancient university lies here which is 62 km from Bodhgaya and 90 km south of Patna. Though the Buddha visited Nalanda several times during his lifetime, this famous center of Buddhist learning shot to fame much later, during 5th-12th centuries. Hieun Tsang stayed here in the 7th century AD and left detailed description of the excellence of education system and purity of monastic life practiced here. He also gave a vivid account of both the ambiance and architecture of this unique university of ancient times. In this first residential international university of the world, 2,000 teachers and 10,000 monks students from all over the Buddhist world lived and studied here. The Gupta kings patronized these monasteries, built in old Kushan architectural style, in a row of cells around a courtyard. Emperor Ashoka and Harshavardhana were some of its most celebrated patrons who built temples, monasteries and viharas here. Recent excavations have unearthed elaborate structures here. An International Center for Buddhist Studies was established here in 1951. Nearby is Biharsharif, where an annual urs is celebrated at the Dargah or tomb of Malik Ibrahim Baya. Baragaon, 2 km away has a sun temple, famous for Chhath puja. To be visited are Nalanda museum & Nava Nalanda Mahavihar in addition to the great ruins.courtesy : knowindia.gov.in