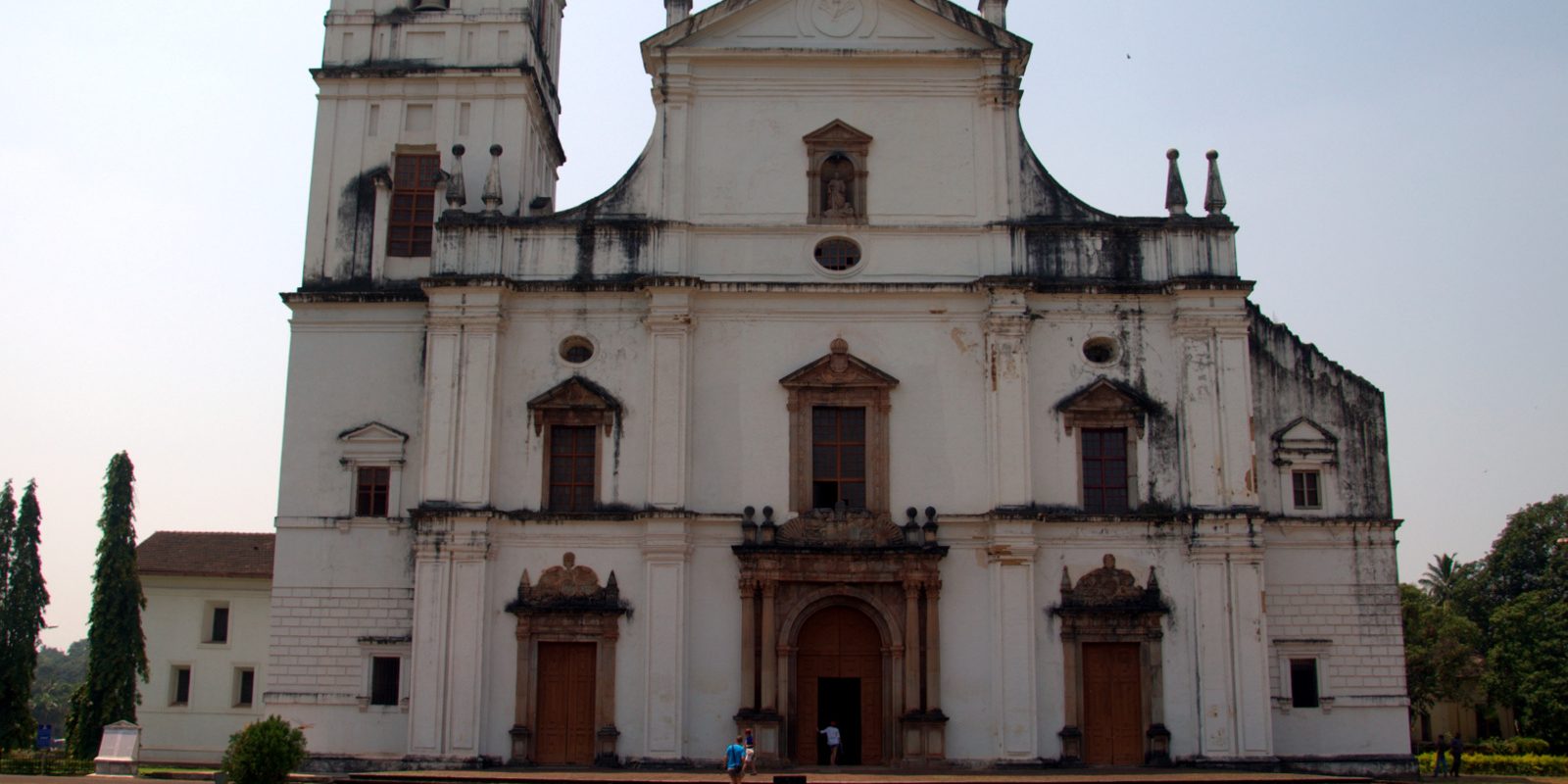 Se´ Cathedral is one of the most ancient and celebrated religious buildings of Goa, this magnificent 16th century monument, constructed by the Roman Catholics under the Portuguese rule, is the largest church in Asia. The Cathedral is dedicated to St. Catherine of Alexandria on whose feast day in 1510 Alfonso Albuquerque defeated the Muslim army and took possession of the city of Goa. Hence it is also known as St. Catherine’s’ Cathedral and is bigger than any of the churches in Portugal itself.The Cathedral was commissioned by the Portuguese Viceroy, Redondo to be “a grandiose church worthy of the wealth, power and fame of the Portuguese who dominated the seas from the Atlantic to the Pacific”. The construction of this imposing edifice began in 1562 during the reign of King Dom Sebastião (1557-78) and substantially completed by 1619. It was consecrated in 1640.

The church is 250 ft in length and 181 ft in breath. The frontispiece stands 115 ft high. The building is Portuguese-Gothic in style with a Tuscan exterior and Corinthian interior. The exterior of the cathedral is notable for its plainness of style whereas, its vaulted interior overwhelms the visitors by sheer grandeur.

Cathedral’s tower houses a famous bell, the largest in Goa and one of the best in the world, often referred to as ‘Golden Bell’ on account of its rich tone. The main altar is dedicated to St. Catherine of Alexandria, and old paintings on either side of it depict scenes from her life and martyrdom.

On the right of the nave, is the screened Chapel of the Cross of Miracles. A vision of Christ is said to have appeared in 1919 on this huge, plain, cross. Towering above the main altar is the huge gilded reredos. Scenes from the life of St. Catherine, to whom the cathedral is dedicated, are carved on its six main panels. A chamber on the left contains the baptismal font made in 1532. St. Francis Xavier is said to have baptized thousands of Goan converts using this font.

Visited by millions from all over the world, the church is regarded as a pilgrimage by people of all religions. It is the most indispensable tourist attraction in Goa and a trip to Goa is considered to be incomplete without paying a visit to Sé Cathedral.