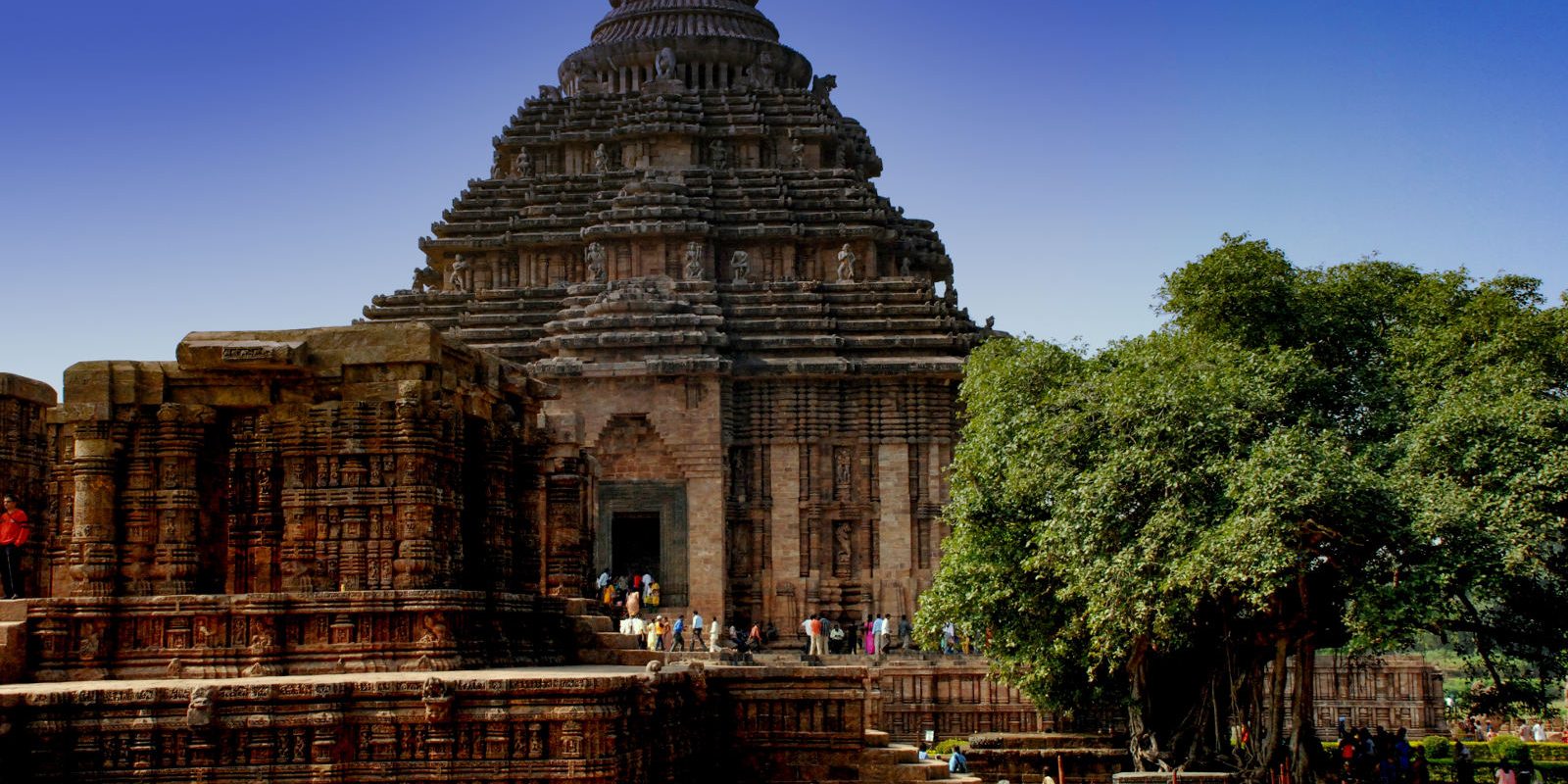 Konark Sun Temple, located in the eastern State of Odisha near the sacred city of Puri, is dedicated to the sun God or Surya. It is a monumental representation of the sun God Surya’s chariot; its 24 wheels are decorated with symbolic designs and it is led by a team of six horses. It is a masterpiece of Odisha’s medieval architecture and one of India’s most famous Brahman sanctuaries.The Konark temple is widely known not only for its architectural grandeur but also for the intricacy and profusion of sculptural work. It marks the highest point of achievement of Kalinga architecture depicting the grace, the joy and the rhythm of life all its wondrous variety.

The temple declared a world heritage by UNESCO was built in A.D. 1250, during the reign of the Eastern Ganga King Narasimhadeva-I (A.D. 1238-64). There are two rows of 12 wheels on each side of the Konark sun temple. Some say the wheels represent the 24 hours in a day and others say the 12 months. The seven horses are said to symbolize the seven days of the week. Sailors once called this Sun Temple of Konarak, the Black Pagoda because it was supposed to draw ships into the shore and cause shipwrecks.