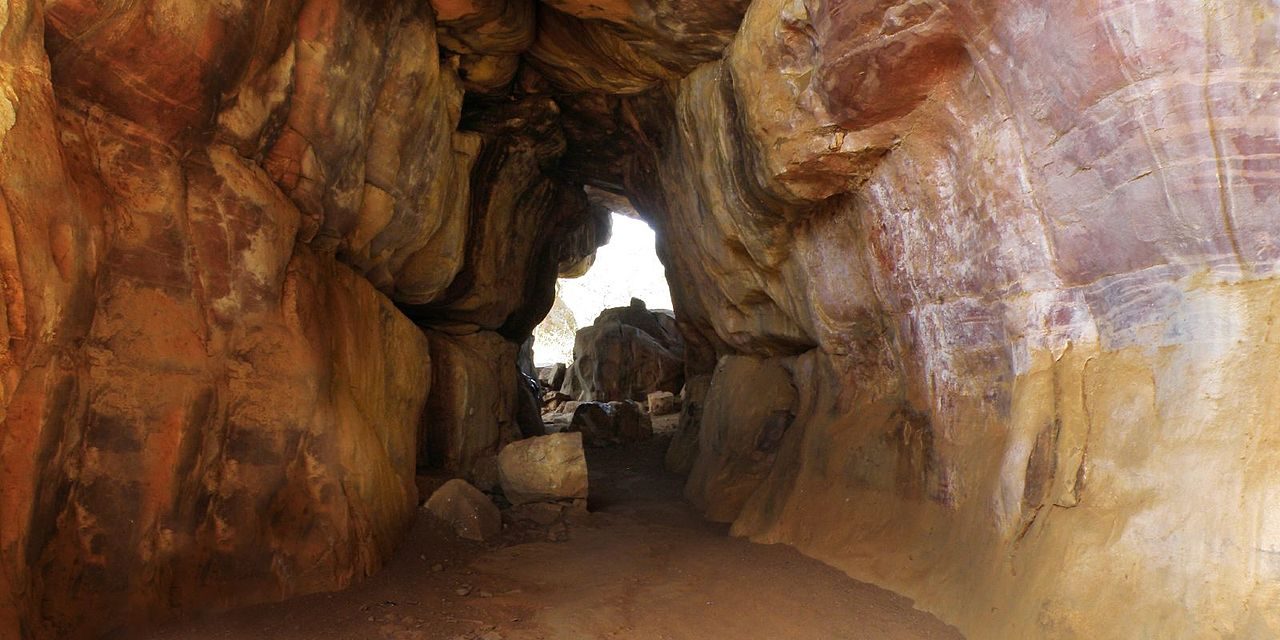 The Rock Shelters of Bhimbetka, a recognized world heritage site by UNESCO, are in the foothills of the Vindhyan Mountains on the southern edge of the central Indian plateau in the State of Madhya Pradesh. Bhimbetka is also known as Bhima’s Lounge (Bhima was the second of the five Pandava princes in the Hindu epic Mahabharata).Within massive sandstone outcrops, above comparatively dense forest, are five clusters of natural rock shelters, displaying paintings that appear to date from the Mesolithic Period to the historical period. The cultural traditions of the inhabitants of the twenty-one villages adjacent to the site bear a strong resemblance to those represented in the rock paintings.

Most of the paintings here are in red and white with occasional dashes of yellow and green, with themes culled from events in everyday life, thousands of years ago. The scenes depicted are mainly of dancing, playing music, hunting, horse and elephant riding, decorating bodies, and collecting honey. Household scenes too constitute an occasional theme. Animals like tigers, lions, wild boar, elephants, dogs and crocodiles have also been portrayed in the paintings. The walls of these shelters are also adorned with religious symbols that were popular with these pre-historic artists.