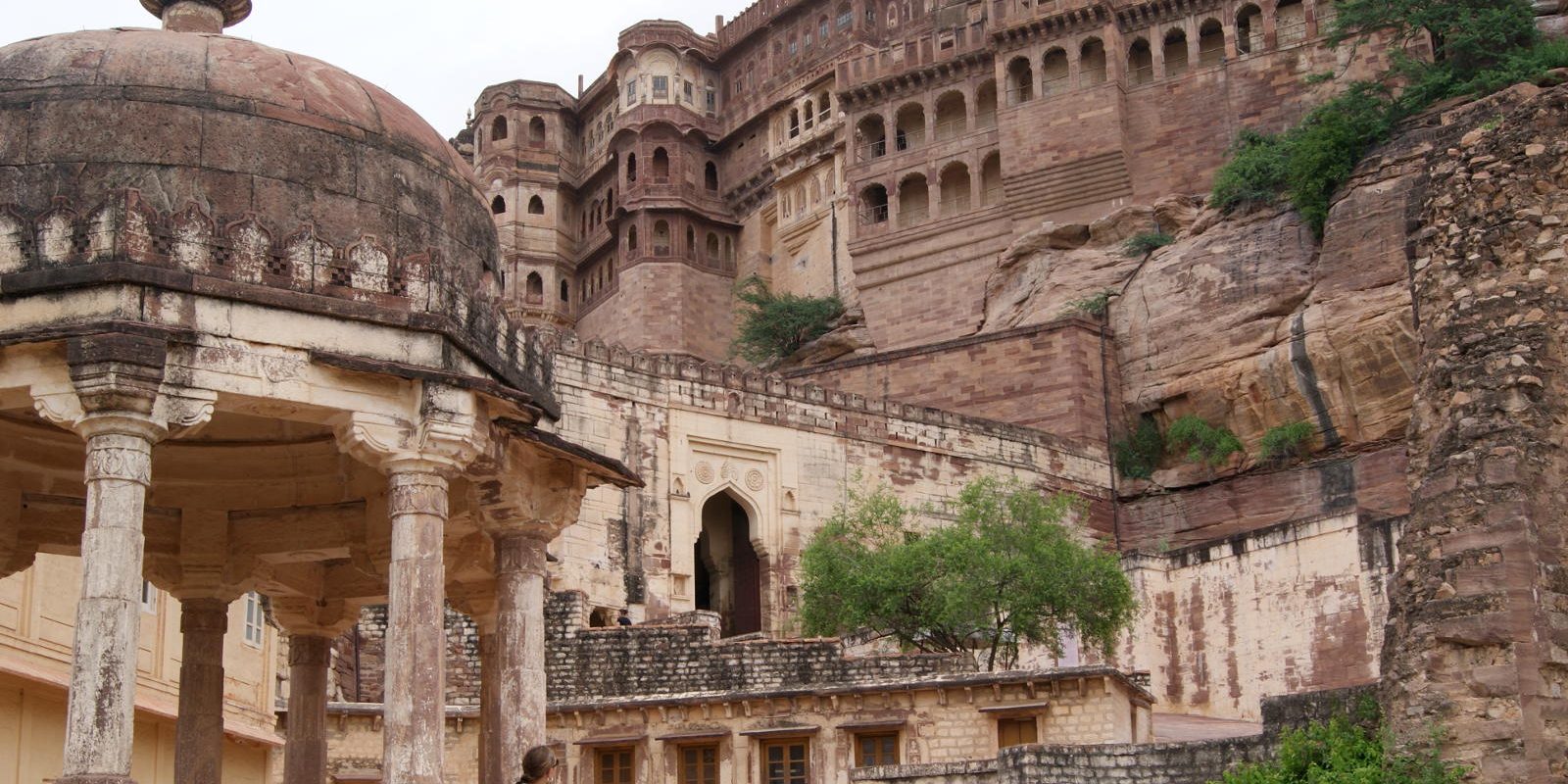 Mehrangarh fort is about 5km from Jodhpur Town in Rajasthan. Guarding the city below, crowning a perpendicular cliff, the fort was founded by Rao Jodha in 1459 A.D. when he shifted his capital from Mandore.Standing sentinel to the city below, it over looks the rugged and rocky terrain and houses a palace intricately adorned with long carved panels and latticed windows exquisitely wrought from red sandstone.

The display of cannons on the ramparts near Chamunda temple is among the rarest in India. As one climbs up, folk musicians revive the grandeur of a bygone era.