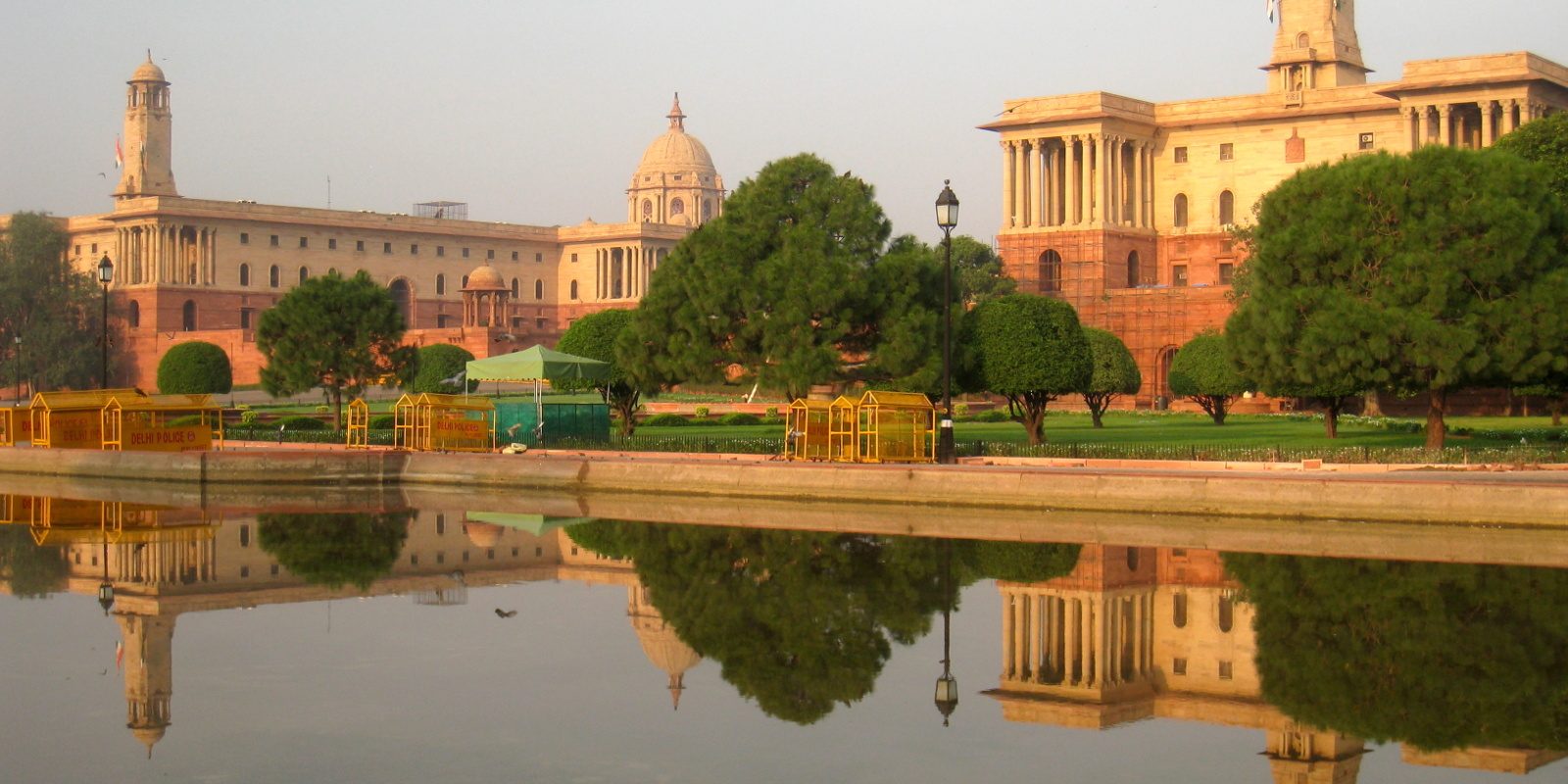 Rashtrapati Bhavan, the official residence of the President of India, is an imposing edifice located at the west end of the Rajpath in New Delhi with the India gate at the opposite end. Designed by Edwin Landseer Lutyens, this palatial building was the erstwhile residence of the British Viceroy. Few official residential premises of the State Heads in the world will match the Rashtrapati Bhavan in terms of its size, vastness and its magnificence.The decision to build a residence in New Delhi for the British Viceroy was taken after it was decided that the capital of India would be shifted from Calcutta (Kolkata) to Delhi. It was constructed to affirm the permanence of British rule in India and the building and its surroundings were supposed to be ‘an empire in stone’. That ’empire in stone’ and the perpetual Durbar was transformed to be the permanent institution of democracy on 26th January 1950 when Dr. Rajendra Prasad became the first President of India and occupied this building to preserve, protect and defend the Constitution of India. It was from that day that this building was renamed as Rashtrapati Bhavan – the President’s House.

The building completed in 1929, was scheduled to be constructed in four years but it took 17 years to complete it. This vast mansion has got four floors and 340 rooms. With a floor area of 200,000 square feet, it is built by using 700 million bricks and three million cubic feet of stone. Hardly any steel has gone into the construction of the building. The building is built in two shades of sandstone and reflects a blend of Mughal and classical European style of architecture. The most prominent and distinguishing aspect of Rashtrapati Bhavan is its huge dome that is structured in the pattern of the great Stupa at Sanchi. The dome is visible from a distance and surmounts a long colonnade, which adds to the magnificence of the Rashtrapati Bhavan.

The Durbar Hall, Ashoka Hall, Marble Hall, North Drawing Room, Nalanda Suite are so decorated that any onlooker can easily fall in awe of their beauty and grandeur. Inside the Presidential Estate there is the elegant Mughal Gardens, which covers an area of 13 acres and is a blend of the formal Mughal style with the design of a British Garden. The Main Garden is the largest portion of the Mughal Gardens, the “piece de resistance”. It measures 200 meters by 175 meters. On the north and south it is flanked by terrace gardens and to its west are the tennis courts and the long garden.

Two channels running north to south and two running east to west divide this garden into a grid of squares. There are six lotus shaped fountains at the crossings of these channels. Whereas the energetic fountains rising upto a height of 12 feet create soothing murmur that enthralls the visitor, the channels are so tranquil in their movement that they seem frozen. There are wooden trays placed on stands in the centre of the channels where grain is put for the birds to feed upon. The garden, which grows a variety of indigenous and exotic flowers, is a visual treat especially during the blooming season. Apart from all this the Presidential Estate also has tennis courts, polo ground, golf course and a cricket field.

The Mughal Gardens are open to the public in February-March every year. Visitors are allowed entry from 9.30 A.M. till 2.30 P.M. on all days except Mondays. The dates are made known to the public through various media. The entry and exit into the gardens is regulated from Gate No. 35 of the President’s Estate, which is located near the North Avenue, at the western end of the Church Road.