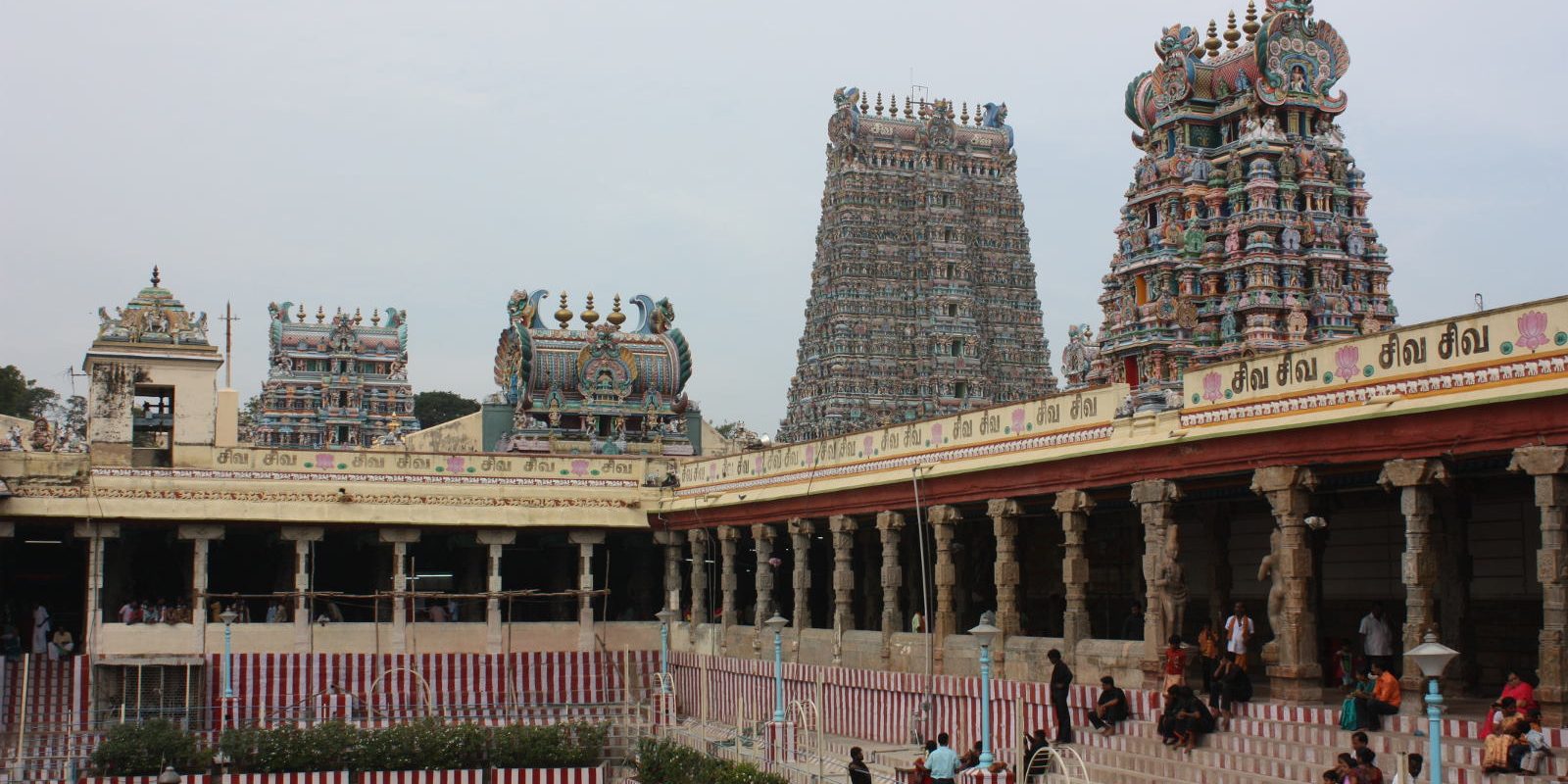 Meenakshi Temple is located in the ancient city of Madurai, which is more than 2,500 years old, was built by the Pandyan king, Kulashekarar, in the 6th century B.C. But the reign of the Nayaks marks the golden period of Madurai when art, architecture and learning flourished expansively. The most beautiful buildings in the city including its most famous landmark, the Meenakshi temple, were built during the Nayak rule.Located in the heart of the city of Madurai, the Meenakshi-Sundareshwarar temple is dedicated to goddess Meenakshi, the consort of lord Shiva. It has long been the focus of both Indian and international tourist attraction as well as one of the most important places of Hindu pilgrimage. For the people of Madurai, the temple is the very center of their cultural and religious life.

It is said that the people of the city wake up, not by the call of nature but by the chant of hymns at the temple. All the major festivals of Tamil Nadu are celebrated here with gaiety, most important being the Chitrai festival that is held in April/May, when the celestial marriage of Meenakshi and Sundareshwarar is celebrated, drawing a huge crowd of people from all over the state.

The sculpted pillars are adorned with the exquisite murals that celebrate the ethereal beauty of princess Meenakshi and the scenes of her wedding with Lord Shiva. At the Sundareswarar temple across the courtyard, Lord Shiva is represented as a lingam. The pillars depict scenes from the wedding of Meenakshi and Sundareswarar. There are 985 richly carved pillars here and each one surpasses the other in beauty.

Meenakshi was the daughter of King Malayadwaja Pandya and Queen Kanchanamala, who was born after performing several yagnas (sacrificial rites). The three-year old girl emerged out of the fire during the final yagna. The princess Meenakshi, grew to be a beautiful young woman of great valour who conquered several lands and challenged the mightiest kings. It was then revealed that the princess was actually an incarnation of Parvati who came to earth to honour a promise given to Kanchanamala in her previous life. Thus Shiva came to Madurai as Sundareshwarar to marry Meenakshi and the two ruled over the kingdom for many years before they left for their heavenly abode from the spot where the temple now stands.

The grandeur of this twin-temple complex and its historicity reflects the old-world charm of the city. But today, Madurai is one of the most important cultural and commercial centres of India. Modernity has reached the city, but not at the cost of its rich culture and tradition.