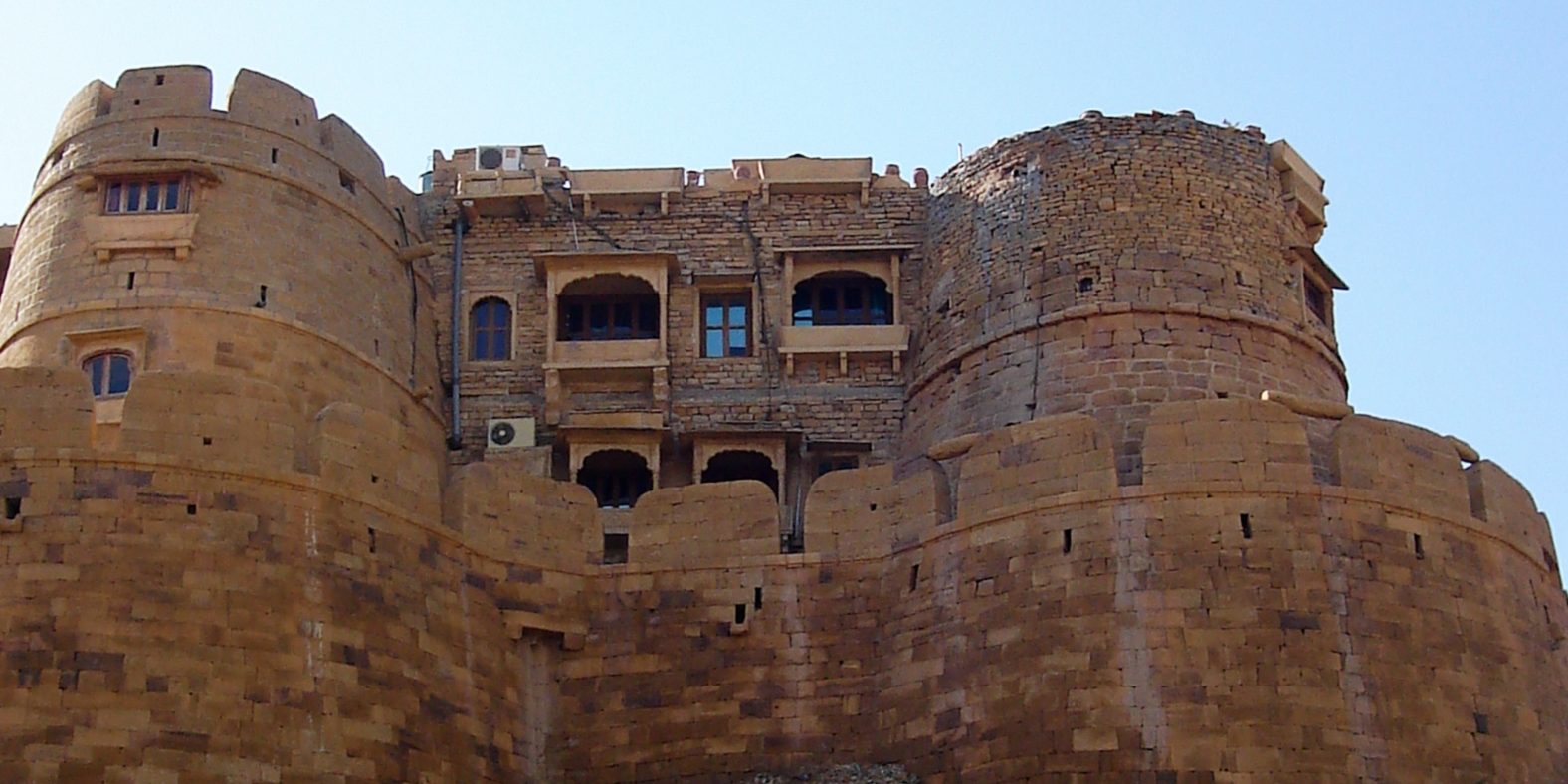 Jaisalmer Fort was built in 1156 and is the second oldest in the state of Rajasthan. Two hundred and fifty feet tall and reinforced by an imposing crenellated sandstone wall 30 feet high, the fort has 99 bastion, 92 of which were built between 1633 and 1647. Wells within the fort still provide a regular source of water. The fort, built by Rawal Jaisal, which crowns the 80m highTrikuta hill, has its outer wall of palaces, houses and temples of soft yellow sandstone. It has narrow winding lanes and four huge gateways, the last one leading to main chowk dominated by the old palace of the Maharwal. Almost one quarter of the town’s population resides inside the fort. It is approached through Ganesh Pol, Suraj Pol, Bhoot Pol and Hawa Pol. Also, within it are many beautiful havelies and a group of Jain temples dating from the 12th to the 15th centuries.