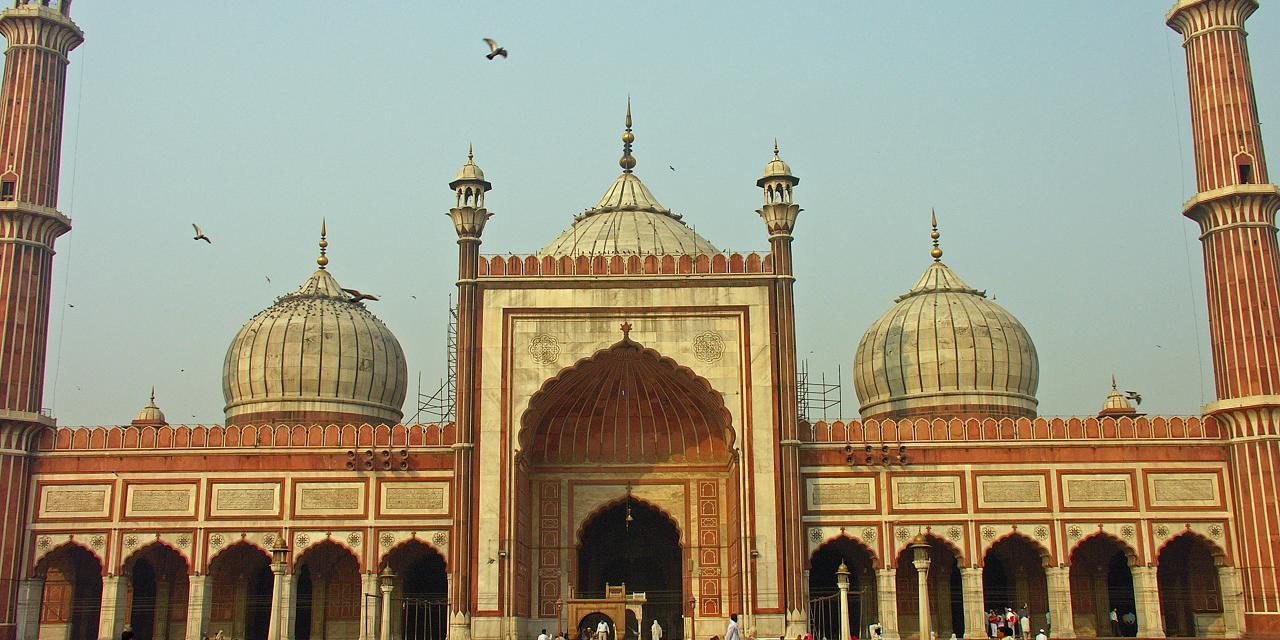 Jama Masjid (the mosque of Friday), Delhi is the country’s largest and perhaps its most magnificent mosque. It stands across the road from Red Fort. The great mosque of Old Delhi is the final architectural extravagance of the Mughal Emperor Shah Jahan with a courtyard capable of holding 25,000 devotees. The mosque measures 65m by 35m, and its court forms a square of 100m. Built in 1656, it is an eloquent reminder of the Mughal religious fervour. Its spacious courtyard holds thousands of the faithful who offer their prayers here.It’s also known as ‘Masjid-i-Jahanuma’ or ‘Mosque commanding view of the world’. It was designed as Emperor Shahjahan’s principal mosque. A sprawling esplanade separates it from the main road.

Situated in the ancient town of Old Delhi, this monument was built by five thousand artisans. This magnificent structure stands on the Bho Jhala, one of the two hills of the old Mughal capital city of Shahjahanabad. On the east, this monument faces the Lal Quila (Red Fort) and has three gateways, four towers and two minarets. It is constructed of alternating vertical strips of red sandstone and white marble. In the three domes white marble has been used extensively and they have been inlaid with stripes of black.

The structure was placed on a high platform so that its magnificent facade would be visible from all the adjoining areas. Broad flights of steps lead up to the imposing gateways in the north and the south. Wide staircases and arched gateways are the hallmark of this popular mosque. The main eastern entrance, probably used by the emperors, remains closed on weekdays. The main prayer hall on the west side is adorned by a series of high cusped arches, standing on 260 pillars which support about 15 marble domes at various elevations. Worshippers use this hall on most days but on Fridays and other holy days. The premises of the south minaret are 1076-sq-ft wide where 25,000 devotees at a time may sit together for namaaz (prayer).

It is said that Emperor Shahjahan built Jama Masjid at the cost of Rs.10 crore and it can be called as the replica of Moti Masjid in Agra. It combines the best of Hindu and Muslim styles of architecture.

A whole way of life, a microcosm of quintessential India resides in the shadow of this age-old monument, on its steps, in the narrow streets, narrating a tale of India’s rich cultural heritage.