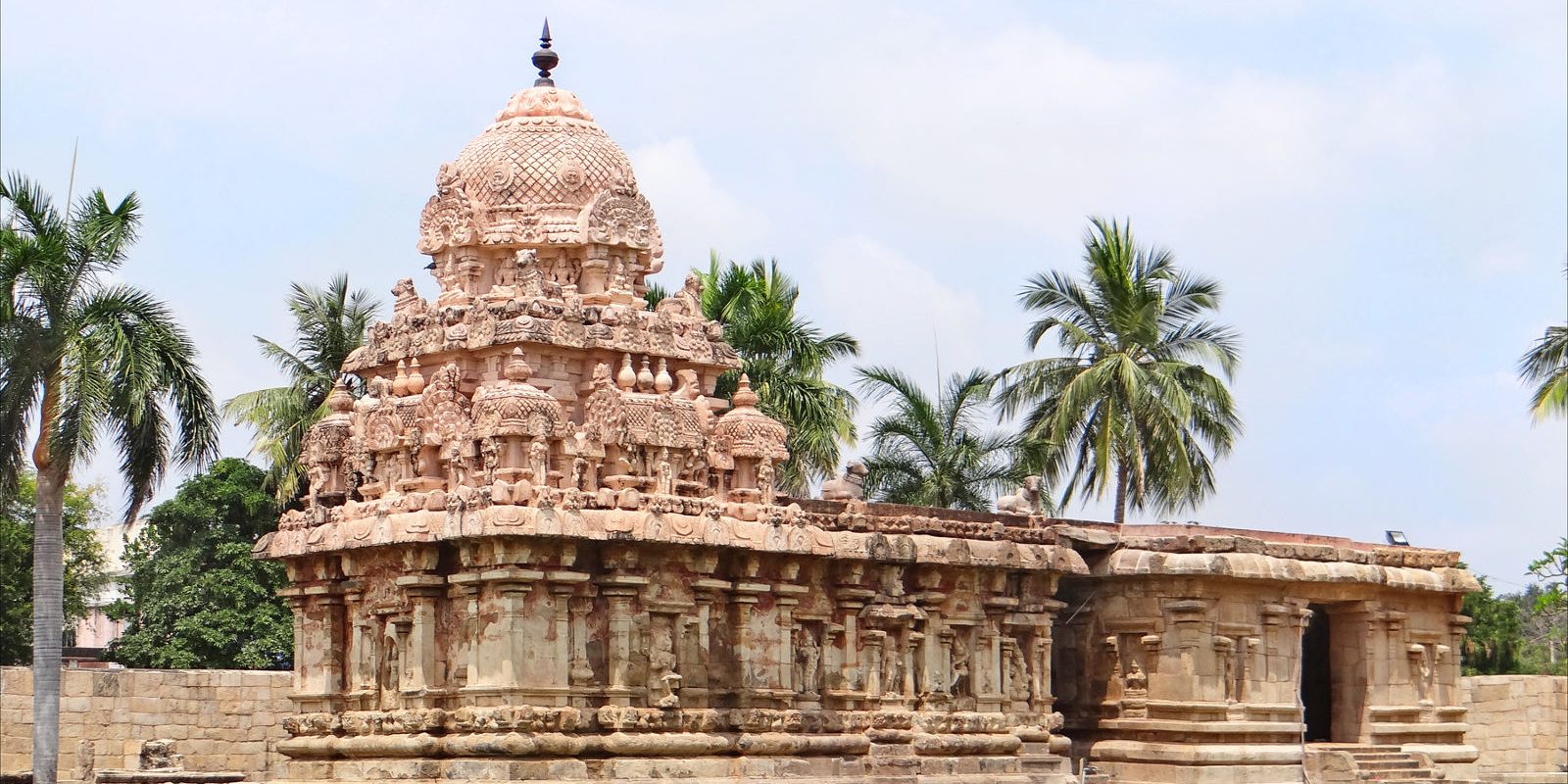 Chola Temples situated in the southern state of Tamil Nadu, this World Heritage site comprises the three great 11th and 12th century Chola Temples: the Brihadisvara temples of Thanjavur, Gangaikondacholisvaram, and the Airatesvara temple at Darasuram. The three Chola temples in India are exemplary production in the Dravidian style of temple architecture.The Brihadisvara temples are situated at Thanjavur, the ancient capital of the Chola kings. King Rajaraja Chola constructed the Brihadisvara Temple in 10th century A.D., designed by the famous architect Sama Varma. The Cholas were great patrons of art, during their reign, as a result, the most magnificent temples and exquisite bronze icons were created in South India.

The Brihadisvara temple is crowned by a pyramidal 65-m vimana, a sanctum tower. Its walls are covered with rich sculptural decoration. The second Brihadisvara temple complex built by Rajendra I was completed in 1035. Its 53-m vimana has recessed corners and a graceful upward curving movement, contrasting with the straight and severe tower at Thanjavur. It has six pairs of massive, monolithic dvarapalas statues guarding the entrances and bronzes of remarkable beauty inside.

The other two temples, Gangaikondacholisvaram and Airatesvara were also built in the age of Cholas and testify their brilliant achievements in architecture, sculpture, painting, and bronze casting.

The great Temple of Tanjore (Thanjavur) was built between 1003 and 1010 in the reign of the King Rajaraja, of the Chola Empire which stretched all over South India and the neighbouring islands. Surrounded by two rectangular enclosures, the Brihadisvara Temple (built from blocks of granite and, in part, from bricks) is crowned with a pyramidal 13-storey tower, the vimana, standing 61 m high and topped with a bulb-shaped monolith. The walls of the temple are covered with rich sculptural decoration.