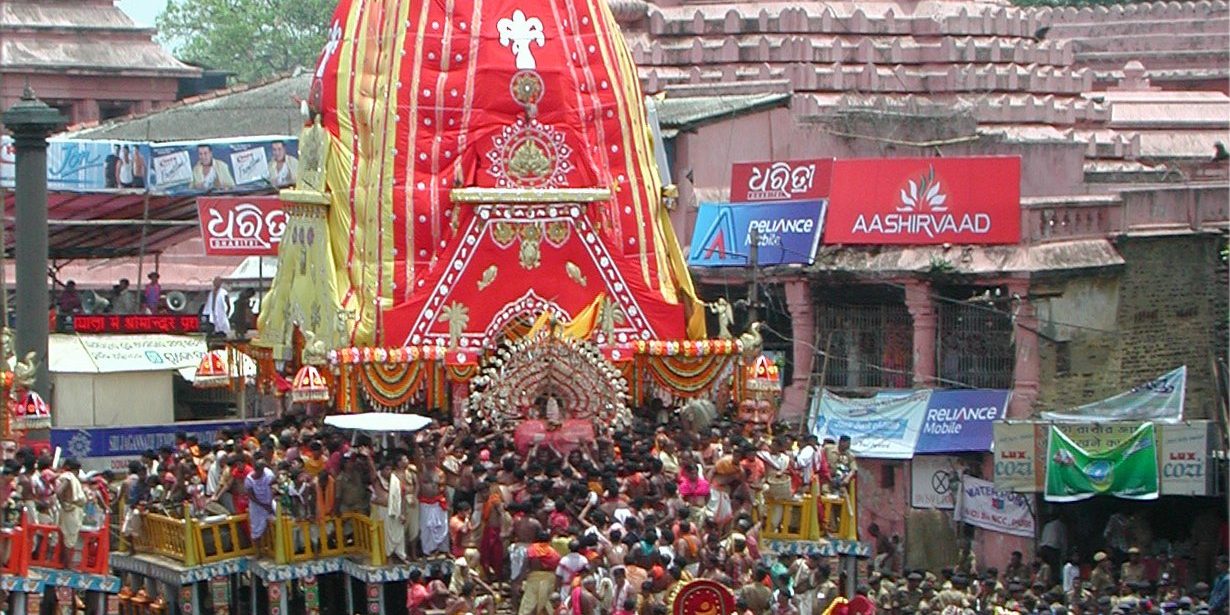 Ratha Jatra or Rath Yatra is a huge Hindu festival associated with Lord Jagannath held at Puri in the state of Orissa, India during the months of June Most of the city’s society is based around the worship of Jagannath (Krishna) with the ancient temple being the fulcrum of the area.

Rath yatra, the Festival of Chariots of Lord Jagannatha is celebrated every year at Puri, the temple town in Orissa, on the east coast of India on the second (dwitiya) day of shukla pakshya (waxing cycle of moon) of Ashadh Maas (3rd month in Lunar Calendar). The presiding deities of the main temple, Lord Jagannatha, Lord Balarama and Goddess Subhadra, with the celestial wheel Sudarshana are taken out from the temple precincts in an elaborate ritual procession to their respective chariots.

The three chariots of Balarama, Subhadra and Jagannatha are newly constructed every year with wood of specified trees like phassi, dhausa, etc. They are customarily brought from the ex-princely state of Dasapalla by a specialist team of carpenters who have hereditary rights and privileges for the same. The logs are traditionally set afloat as rafts in the river Mahanadi. These are collected near Puri and then transported by road.