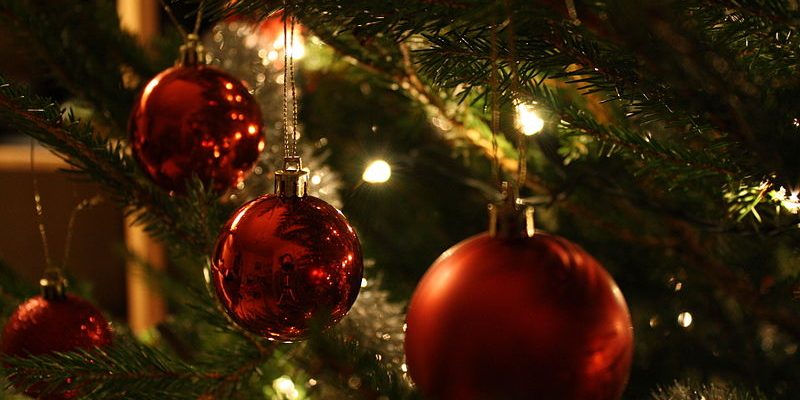 Christmas or Christmas Day is a holiday observed generally on December 25 to commemorate the birth of Jesus, the central figure of Christianity. The date is not known to be the actual birthday of Jesus, and may have initially been chosen to correspond with either the day exactly nine months after some early Christians believed Jesus had been conceived, the date of the winter solstice on the ancient Roman calendar, or one of various ancient winter festivals.

Being a British colony till 1947, many British traditions stayed on in India. It is a state holiday in India, although Christianity in India is a minority with only 2.3% of the population. Sincere devotees attend the church services. In many of the schools that are run by the Christian missionaries, the children actively participate in the programmes. It often coincides with the Makar Sakranti, the celebration of the Winter solstice.
In Christian households, preparations for Christmas begin atleast a month in advance. People get their homes whitewashed and indulge in spring cleaning of the house to give it a fresh new look. Ladies start preparations for the traditional Christmas cake which is anxiously awaited not just by the entire family but also by the neighbors!! Hectic shopping activity takes place as everyone buys new clothes for the festival. Christmas Gifts are also bought for friends, relatives and kids in the family. Biggest festival for Christians – Christmas is also the time for family reunions. People staying in different cities for job or higher studies rush back to their homes to celebrate Christmas with their near and dear ones.
Most exhilarating celebration of this festival can be seen in the vivacious state of Goa. A large number of domestic and international tourists flock to the beaches Goa during Christmas festival to watch Goa at its cultural best. One can also regale in the best of Goa music and dance during Christmas festivities. Catholics in Goa participate in the traditional midnight mass services locally called Missa de Galo or Cock Crow as they go on well into early hours of the morning. The Carnival, preceding Lent, is the most important event at Goa. This is similar to Mardi Gras in New Orleans.
Category: Indian FestivalsBy userJune 5, 2016
Share this article
Share on FacebookShare on Facebook TweetShare on Twitter Pin itShare on Pinterest Share on LinkedInShare on LinkedIn Share on WhatsAppShare on WhatsApp