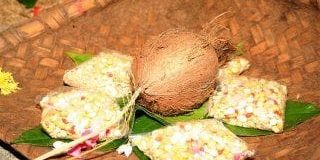 Makar Sankranti marks the transition of the Sun into Makara rashi (Capricorn) on its celestial path. Traditionally, this has been one of many harvest days in India.

Makar Sankranti is a major harvest festival celebrated in various parts of India, apart from a harvest festival is also regarded as the beginning of an auspicious phase in Indian culture. It is said as the ‘holy phase of transition’. It marks the end of an inauspicious phase which according to the Hindu calendar begins around mid-December. It is believed that any auspicious and sacred ritual can be sanctified in any Hindu family, this day onwards. Scientifically, this day marks the beginning of warmer and longer days compared to the nights. In other words, Sankranti marks the termination of winter season and beginning of a new harvest or spring season.

All over the country, Makar Sankranti is observed with great fanfare. However, it is celebrated with distinct names and rituals in different parts of the country. In the states of northern and western India, the festival is celebrated as the Sankranti day with special zeal and fervor. The importance of this day has been signified in the ancient epics like Mahabharata also. So, apart from socio-geographical importance, this day also holds a historical and religious significance. As, it is the festival of Sun God and he is regarded as the symbol divinity and wisdom, the festival also holds an eternal meaning to it.