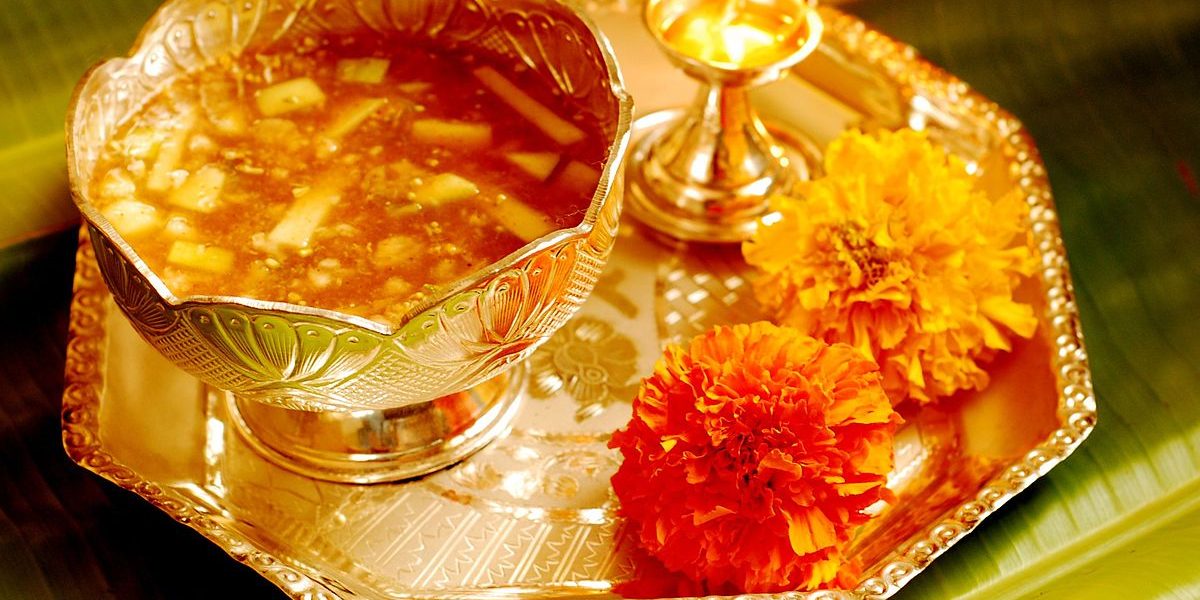 The Kannada, Telugu and the Konkani diaspora in Karnataka and Kerala, people celebrate the festival with great fanfare; gatherings of the extended family and a sumptuous feast are ‘de rigueur’. The day, however, begins with ritual showers (oil bath) followed by prayers, and then the eating of a specific mixture of six tastes, called Ugadi Pachhadi in Telugu and Bevu-Bella in Kannada, symbolizes the fact that life is a mixture of different experiences (sadness, happiness, anger, fear, disgust, surprise) , which should be accepted together and with equanimity.