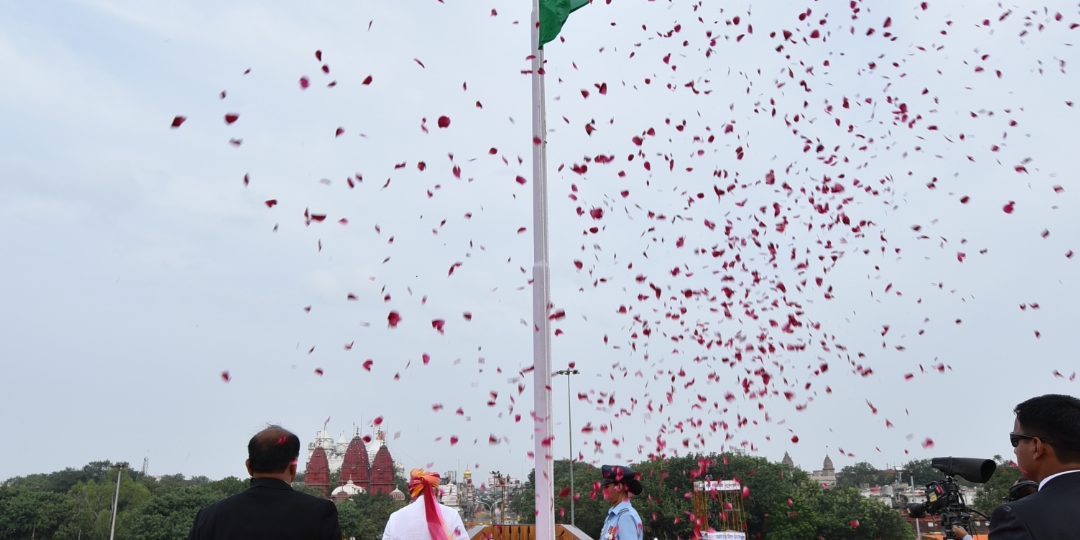 Independence Day of India is celebrated on Fifteenth of August to commemorate its independence from British rule and its birth as a sovereign nation in 1947.

The main event takes place in New Delhi, the capital city of India, where the Prime Minister hoists the national flag at the Red Fort and delivers a nationally televised speech from its ramparts. In his speech, he highlights the achievements of his government during the past year, raises important issues and gives a call for further development. The Prime Minister also pays his tribute to leaders of the freedom struggle.

Independence Day celebrations
Independence Day is considered as a national holiday in India. All over the country, flag-hoisting ceremonies are conducted by the local administration in attendance.

On this special occasion, rich tributes are paid to the freedom fighters who sacrificed their lives and fought to free their motherland from the clutches of the oppressors – British who ruled the country.