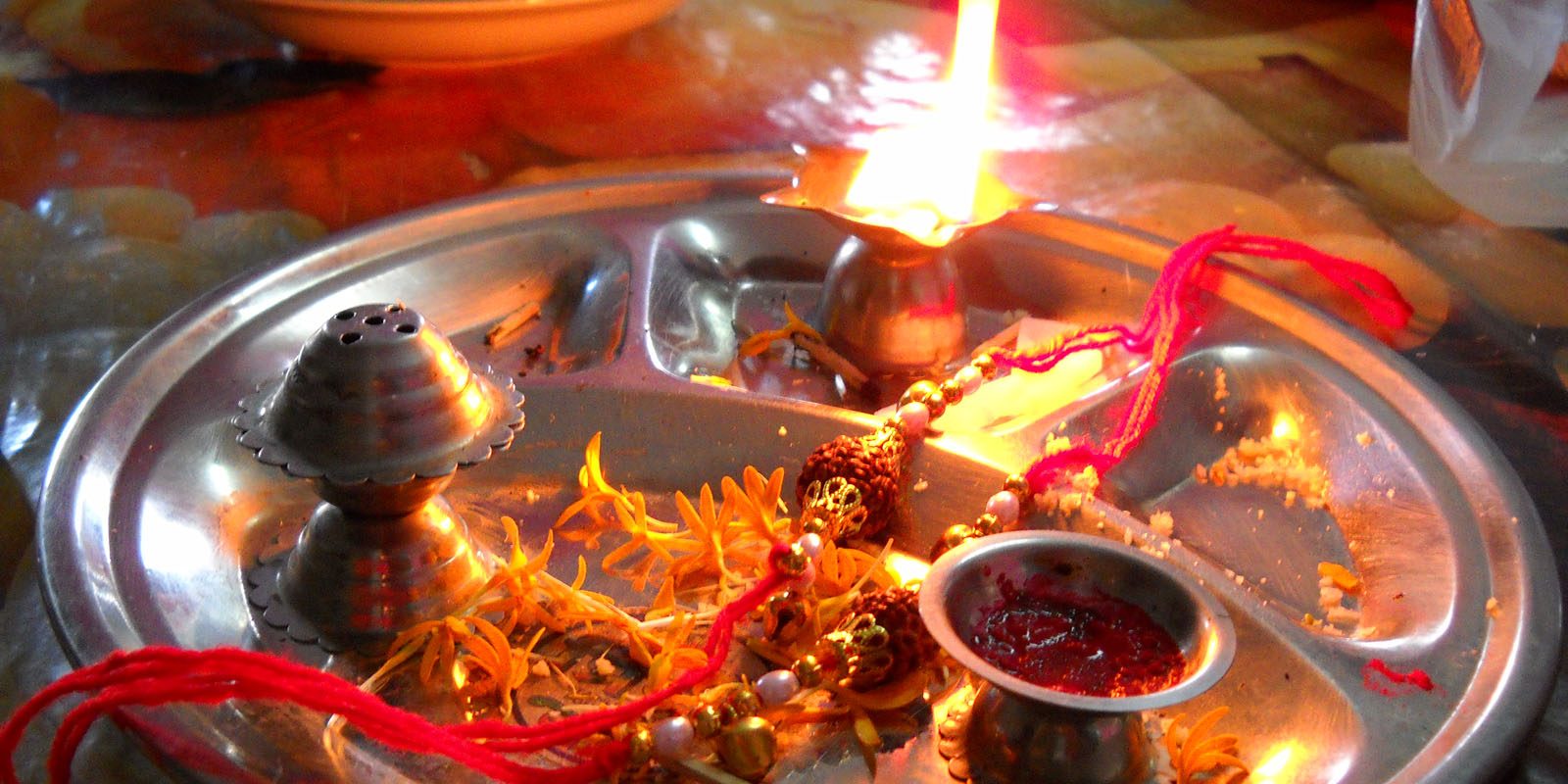 Raksha Bandhan or Rakhi is a festival primarily observed in North India, which celebrates the relationship between brothers and sisters. The festival is observed by Hindus, Sikhs, and Muslims. The central ceremony involves the tying of a rakhi (sacred thread) by a sister on her brother’s wrist. This symbolizes the sister’s love and prayers for her brother’s well-being, and the brother’s lifelong vow to protect her. The festival falls on the full moon day (Shravan Poornima) of the Shravan month of the Hindu lunisolar calendar.

As per the traditions, the sister on this day prepares the pooja thali with diya, roli, chawal and rakhis. She worships the deities, ties Rakhi to the brother(s) and wishes for their well being. The brother in turn acknowledges the love with a promise to be by the sisters’ side through the thick and thin and gives her a token gift. Raksha Bandhan tightens the bong of love between the sister and brother.