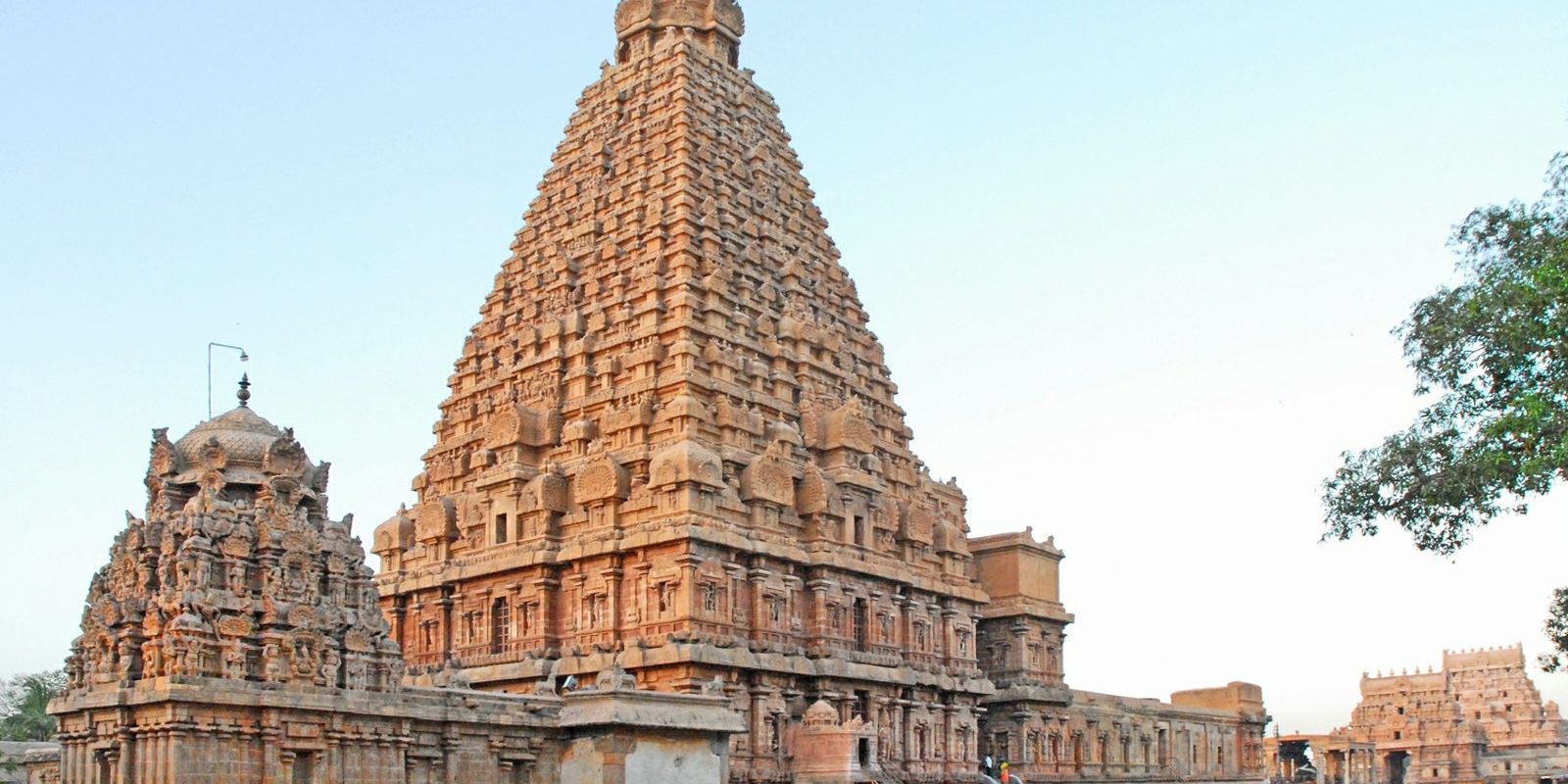 The Brhadisvara Temple, a splendid example of Chola architecture was built by Emperor Rajaraja (985-1012 A.D.). The long series of epigraphs incised in elegant letters on the plinth all round the gigantic edifice reveals the personality of the Emperor.The Brhadisvara temple is a monument dedicated to Siva, and he named lord as Rajarajesvaram-udayar after himself. The temple is constructed of granite, mostly of large blocks, a rock that is not available in the neighbourhood and had therefore to be brought from a distance. The temple is within a spacious inner prakara of 240.90 m long (east-west) and 122m broad (north-south), with a gopura at the east and three other ordinary torana entrances one at each lateral sides and the third at rear. The prakara is surrounded by a double-storeyed malika with parivaralayas.

The sikhara, a cupolic dome, is octagonal and rests on a single block of granite, a square of 7.8 m weighing 80 tons. The majestic upapitha and adhishthana are common to all the axially placed entities like the ardhamaha and mukha-mandapas and linked to the main sanctum but approached through a north-south transept across the ardha-mandapa which is marked by lofty sopanas. The moulded plinth is extensively engraved with inscriptions by its royal builder who refers to his many endowments, pious acts and organisational events connected to the temple. The brihad-linga within the sanctum is 8.7 m high. Life-size iconographic representations on the wall niches and inner passage include Durga, Lakshmi, Sarasvati and Bhikshatana, Virabhadra Kalantaka, Natesa, Ardhanarisvara and Alingana forms of Siva. The mural paintings on the walls of the lower ambulatory inside are finest examples of Chola and later periods.

Fine arts were encouraged in the service of the temple; the sculptures, the paintings in the surrounding passages of the sanctorum and even the inscriptions in elegant Chola Grantha and Tamil letters give an idea of the great art that flourished under Rajaraja.

Sarfoji, a local Maratha ruler, rebuilt the Ganapati shrine. The celebrated Thanjavur school of paintings of the Nayakas are largely superimposed over the Chola murals.