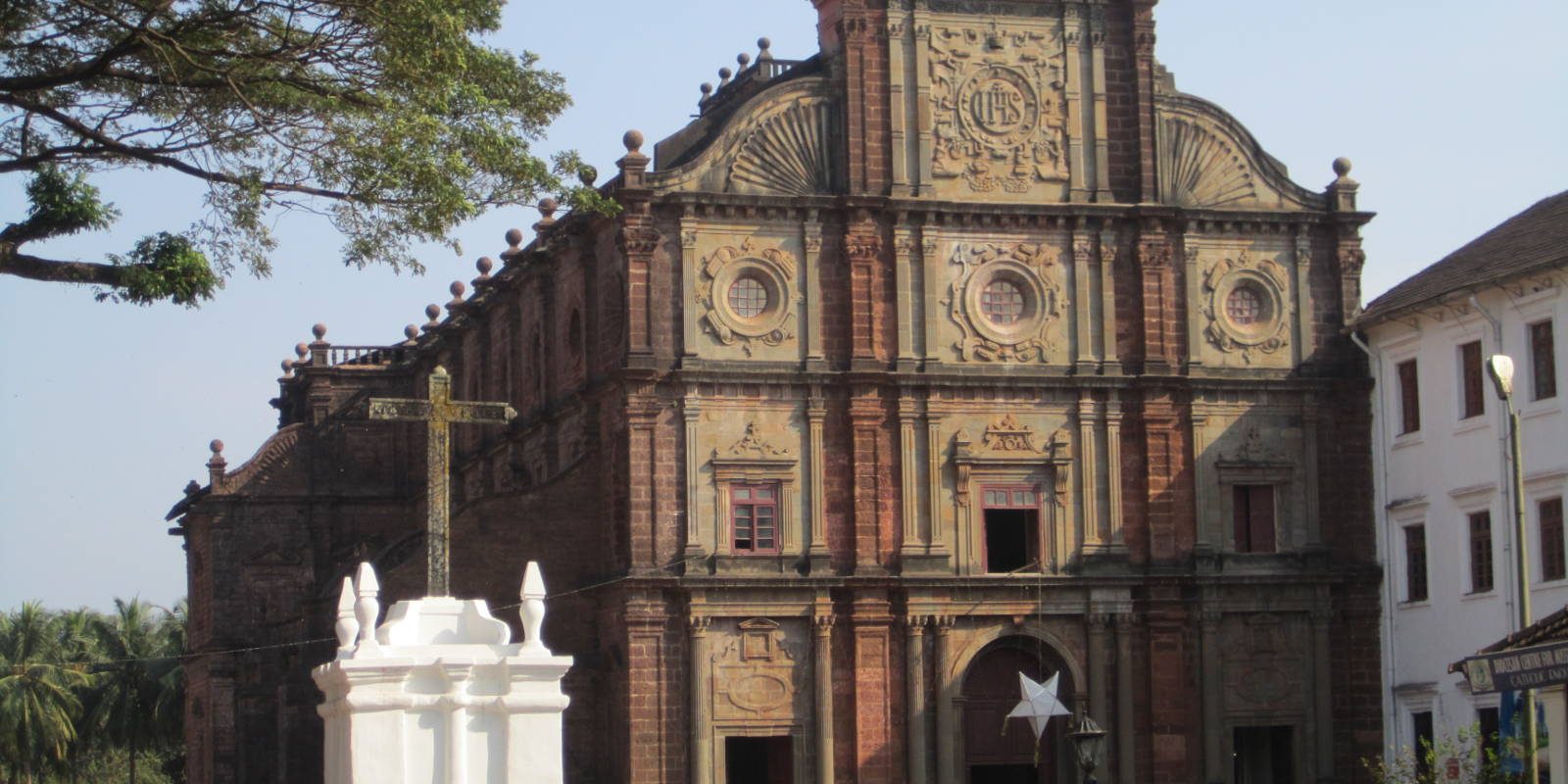 Basilica of Bom Jesus is located at 10 km east of Panaji, along the Mandovi river, is the town of Old Goa, where lie some of India’s greatest churches and among them, the most popular and the most revered by Christians worldwide is the Basilica of Bom Jesus. The Basilica, dedicated to Infant Jesus, has been declared a World Heritage Monument now. ‘Bom Jesus’ means ‘Infant Jesus’ or ‘Good Jesus’. Renowned throughout the Catholic world, the 16th century cathedral is India’s first Minor Basilica, and is considered as one of the best examples of baroque architecture in India. The layout follows simple Renaissance norms while the detailing and decoration is unabashed Baroque. It’s an opulent structure which incorporates white marble and has beautifully gilded altars decorated with frescoes and inlay work.The Basilica houses the sacred relics of St. Francis Xavier, patron saint of Goa who died in 1552. The mortal remains of the saint were gifted to the church by Cosimo de Medici III, Grand Duke of Tuscany. Today, the embalmed body lies in an airtight glass coffin positioned in a silver casket crafted by a 17th century Florentine sculptor, Giovanni Batista Foggini. In accordance with his wishes, his remains were transferred to Goa the following year after his death. It is said that, while transferring, the saint’s body was found to be as fresh as the day it was buried. This miraculous phenomenon continues to attract the devout from all lands, and an ‘Exposition’ or public viewing of his body happens, once every decade, to allow pilgrims to view it. The saint is believed to have miraculous powers of healing, and pilgrims come from all over the world to offer prayers. The silver casket is lowered for public viewing only during the public exposition. Last exposition was in 2004.

Intricately carved basalt embellishments make it one of the richest facades in Goa. The layout follows simple Renaissance norms while the detailing and decoration is unabashed Baroque. The mausoleum of St. Xavier is a marvel of Italian art (the marble base) and Hindu craftsmanship (the silver casket). The elaborately gilded altars are beautiful examples of sculptures and carvings in wood, stone, gold and granite. Columns are covered with marble and inlaid with precious stones. The church also houses paintings depicting the life of St. Francis Xavier. Visitors are overcome by the deep spirituality and tranquility of the place. Every year thousands of people visit the cathedral especially in December. A trip to Goa is incomplete without a visit to the revered Basilica.