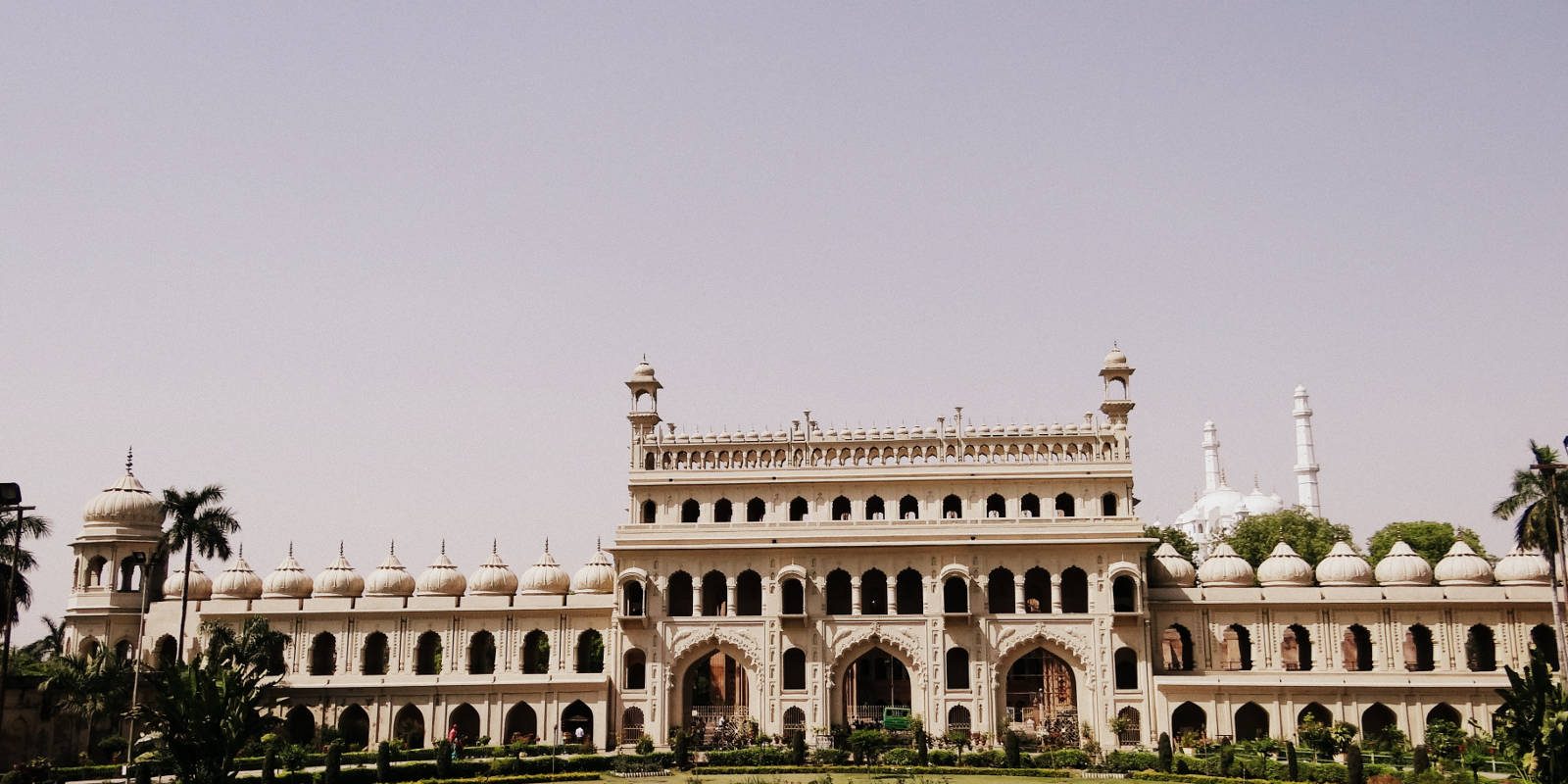 Bara Imambara is located at Lucknow, the capital of the north Indian state of Uttar Pradesh is a modern city that can boast of having magnificent historical monuments. Situated at the banks of river Gomti, tributary of the Ganga, Lucknow is known for its gardens, parks and unique archaeological monuments. Famous as the city of Nawabs, Lucknow has retained its charm as a bastion of culinary and cultural delights. The people of this city are known for their exquisite charm, courtesy and flair of the Urdu language. Lucknow is also famous for its exclusive ‘chikan’ embroidered dress materials.The city is home to ‘Bara Imambara’, a historical edifice with such a marvellous architecture that even modern architects seem to be perplexed by its design. The Imambara was built by Nawab Asaf-ud-Daula in 1784 and its designer was Kifayat-ullah who is said to be a relative of the architect of the Taj Mahal. Built by the Nawab in a famine relief programme, this fort like huge and elegant structure is also called Asafai Imambara. The structure shows the mixture of Rajput and Mughal architectures with Gothic influences. The Bara Imambara is an interesting building. It is neither a mosque, nor a mausoleum, but a huge building having interesting elements within it. The construction of the halls and the use of vaults show a strong Islamic influence.

The Bara Imambara is, in fact, a great hall built at the end of a spectacular courtyard approached through two magnificent triple-arched gateways. The central hall of the Imambara is almost 50 meters in length and 16-meter wide. The ceiling of this columnless hall is more than 15-meter high. The hall is one of the largest of its kind in the world without any external support of wood, iron, or stone beams. The roof has been put together with interlocking bricks without using a beam or a girder. Hence, it is viewed as a unique achievement of architecture. The building, which consists of three huge halls, has an amazing maze of corridors hidden in between its walls that are about 20 feet thick. This dense, dark maze called the ‘bhul bhulaiya’ is to be explored only if you are strong-hearted. It is a network of more than 1000 labyrinthine passages, some of which have dead-ends, some end at precipitous drops while others lead to entrance or exit points. Help of an “approved” guide is recommended if one wants a tour of the secret labyrinth without getting lost.

Another intriguing structure at the Imambara is the five-storied baoli (step well), which belongs to the pre-Nawabi era. Called the Shahi-Hammam (royal bath), this baoli is connected with the river Gomti. Only the first two stories are above water, the rest being perennially under water.