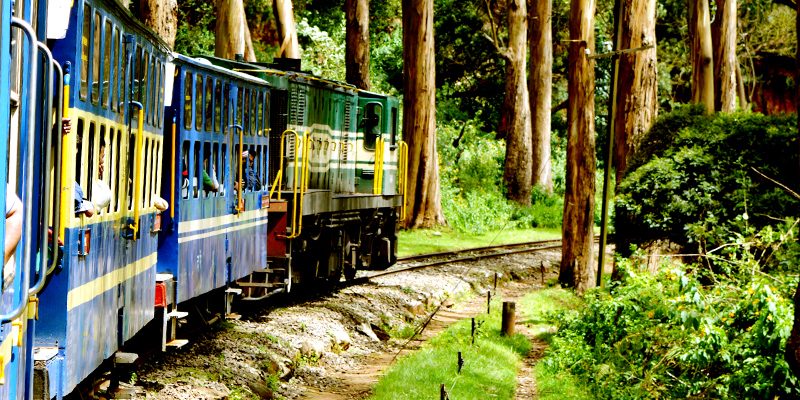 In July 2005, UNESCO added the Nilgiri Mountain Railway as an extension to the World Heritage Site of Darjeeling Himalayan Railway, the site then became known as “Mountain Railways of India.

For the past several years diesel locomotives have taken over from steam on the section between Coonoor and Udhagamandalam. Local people and tourists have led a demand for steam locos to once again haul this section. The famous Hindi song “Chaiyya Chaiyya” from the film “Dil Se” picturising Shahrukh Khan was shot on the roof top of NMR.

For safety reasons, the train runs at an average speed of 10.4 km per hour, making it the slowest train of India & train covers a distance of 41.8km , travels through 208 curves, 16 tunnels, and 250 bridges. The uphill journey takes around 4.8 hours, and the downhill journey takes 3.6 hours. It has the steepest track in Asia with a maximum gradient of 8.33%.