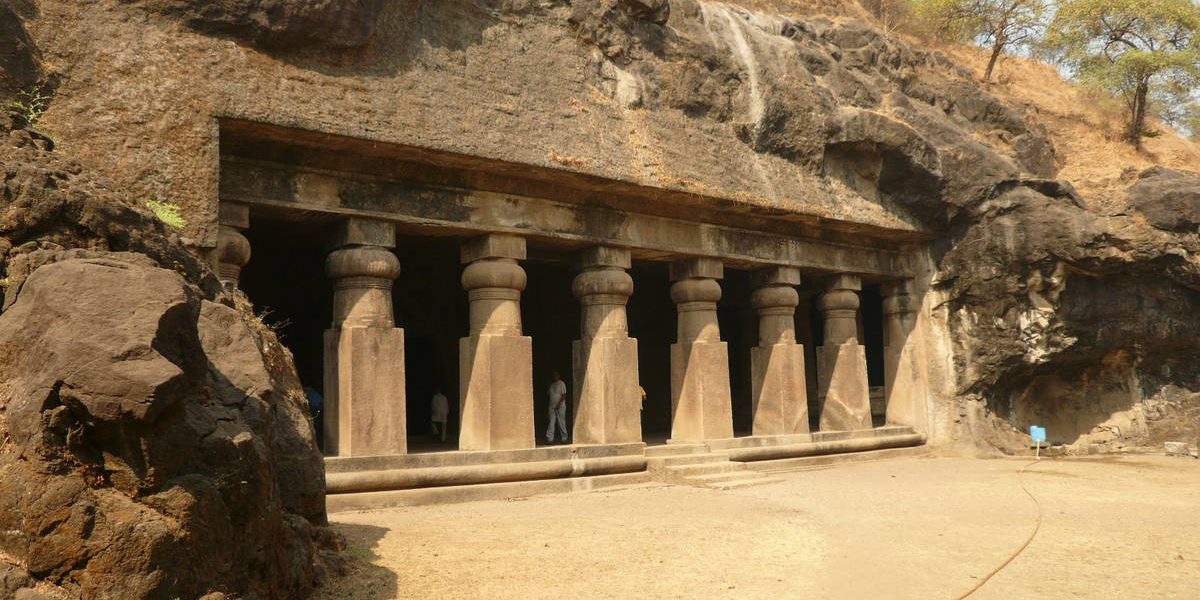 The Elephanta Caves located on Elephanta Island, in Mumbai Harbour. The island, located on an arm of the Arabian Sea, consists of two groups of caves—the first is a large group of five Hindu caves, the second, a smaller group of two Buddhist caves. The Hindu caves contain rock cut stone sculptures, representing the Shaiva Hindu sect, dedicated to the god Shiva.

The main cave was restored in the 1970s, other caves, including three consisting of important sculptures, are still badly damaged. The caves were designated a UNESCO World Heritage Site in 1987 as per the cultural criteria of UNESCO: the caves represent a masterpiece of human creative genius and bear a unique or at least exceptional testimony to a cultural tradition or to a civilization which is living or which has disappeared.

From the Gateway of India to the world famous Elephanta Caves, and from the hustle and bustle of the contemporary commerce of Mumbai, this trip is a journey back in time; to a time when faith, mysticism and art reigned supreme, when the challenge of carving out gigantic statues and caves from monoliths was accepted as a blessing, when the tryst with stone gave birth to passionate effigies of Hindu faith, a glorious testimony, even today, of the aesthetics and hard labour of our ancestors.

The Elephanta Island is accessible only by boat from the Gateway of India, Mumbai. A chugging ferry ride from the Gateway of India, surpassing the fishing boats, large ships, little islands, occasionally leaping fishes, and it takes 15 minutes to reach the Elephanta Island.
By Air: The nearest airport is Mumbai International Airport.
By Rail: The nearest railheads are Church gate, Chhatrapati Shivaji Terminus.
By Road: One can reach Mumbai by road from the neighboring states as regular bus services are available. One has to take a ferry from Appollo Bunder near the Gateway of India to reach the cave temples.
Category: World Heritage SitesBy userJune 5, 2016
Share this article
Share on FacebookShare on Facebook TweetShare on Twitter Pin itShare on Pinterest Share on LinkedInShare on LinkedIn Share on WhatsAppShare on WhatsApp