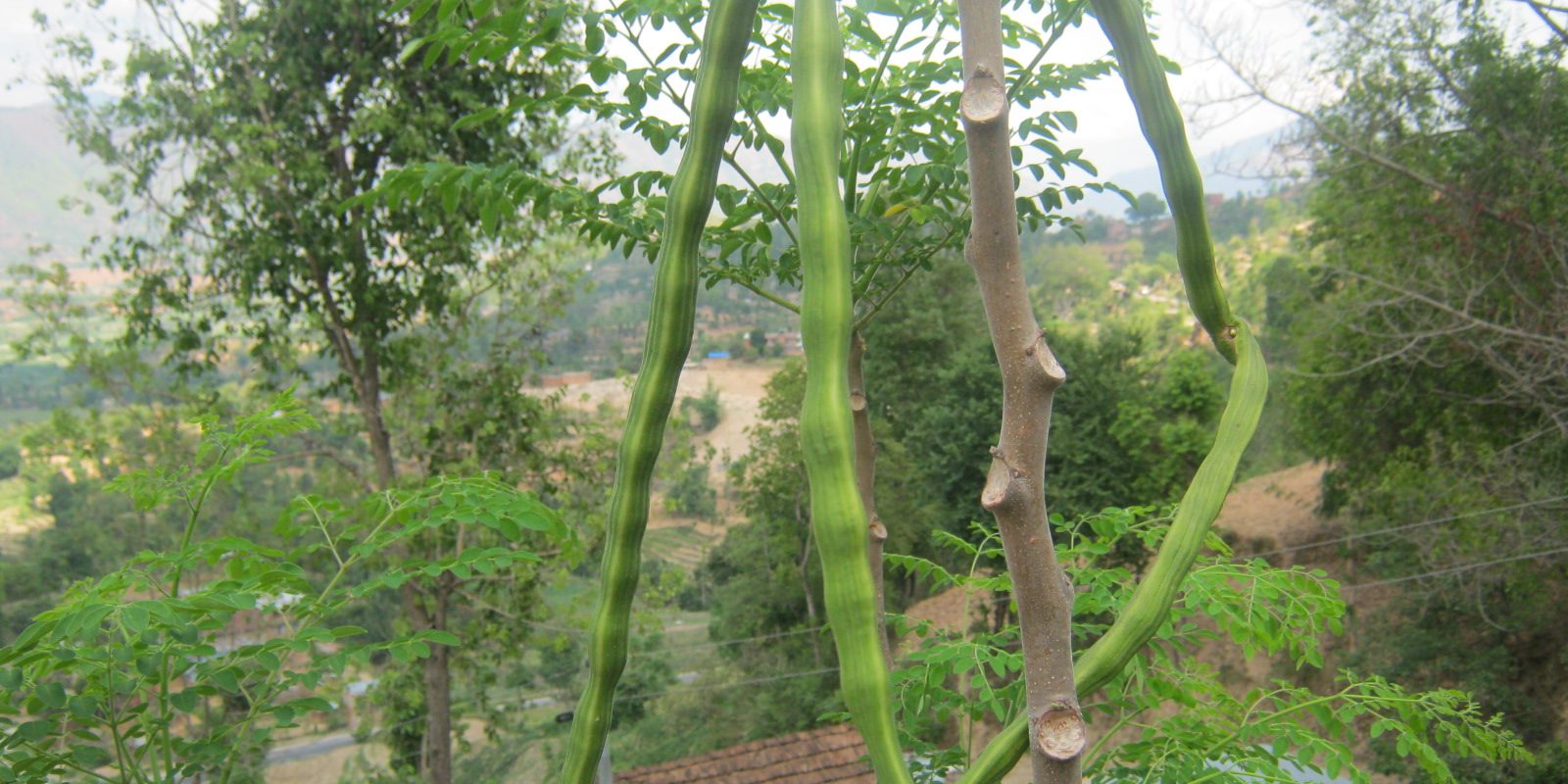 DRUMSTICK & NEURONS
Drumstick resembles Neurons. So it is good for nervous weakness.

Sometimes, Drumstick trees never flower but go on sprouting leaves only. At that time, select 2 or 3 big roots which go around it, remove the soil, remove the bark of the roots a little, stuff a teaspoonful of Asafoetida powder inside them, paste the bark piece back again, cover with the same soil. Within 15 days, the trees start flowering.
This tree does not need much maintenance as It needs a lot of sunlight.

CROPS TO BE PLANTED WITH PAPAYA

The seed kernels of Moring aoleifera contain significant quantities of water-soluble proteins. When the crushed seeds are added to raw water, they are said to purify the water.

Smt. Vijayalakshmi is a practicing Naturopath. She has served as a consultant to AYUSH, a Govt. of India undertaking. She delivers regular lectures on organic farming and nature therapy in leading institutions of the country.