Group of Monuments at Mahabalipuram 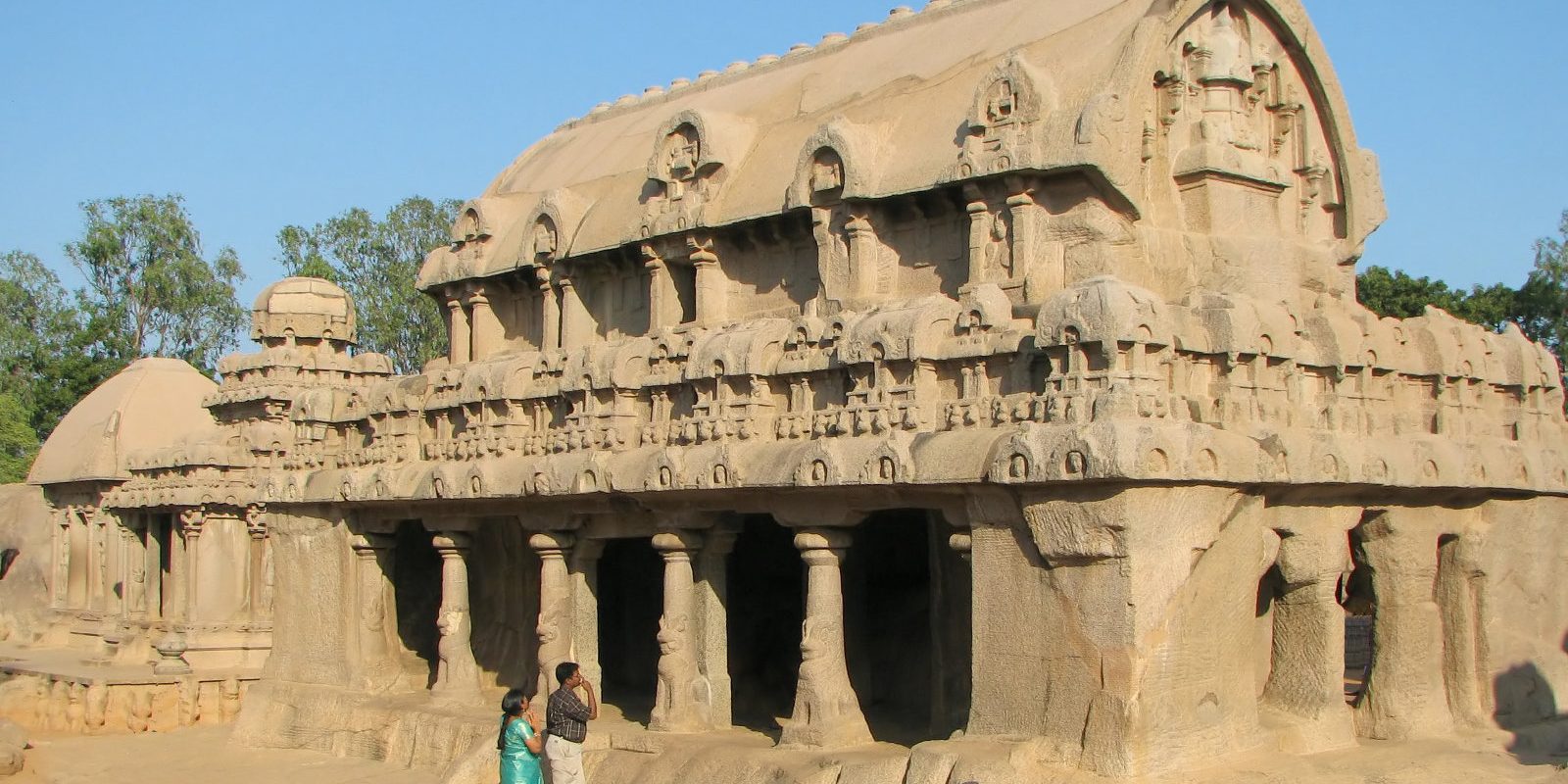 Mahabalipuram monuments are well known for it’s architecture. Mahabalipuram is a temple town situated along the shores of the Bay of Bengal about 60 kms from the south Indian city of Chennai. There are several famous temples at Mahabalipuram; Shore Temple and ‘Ratha’ Cave Temples are the most famous amongst them.Shore Temple

The Shore Temples at Mahabalipuram, a coastal village 50 km south of Madras, was built in the 7th century, during the reign of Rajasimha, and they depict the final flowering of Pallava art. These temples are refreshingly uncluttered, unlike later grandiose Dravidian architecture and tower over the waves behind a protective breakwater. The temple with its beautiful polygonal dome enshrines Lord Vishnu and Shiva. These beautiful temples, ravaged by wind and sea have been declared world heritage by UNESCO.

The magnificent ‘Ratha’ cave temples of Mahabalipuram was built by the Pallava king Narsimha in the 7th and 8th centuries. The beauty of the rock-cut sculpture of the temple is reflective of the artistic tastes of the erstwhile Pallava rulers. It is known especially for its rathas (temples in the form of chariots), mandapas (cave sanctuaries), giant open-air reliefs such as the famous ‘Descent of the Ganges’, and the temple of Rivage, with thousands of sculptures to the glory of Shiva.

There are eight rathas at Mahabalipuram, out of which five are named after the ‘Pandavas’ (five brothers) of Mahabharata and one after Draupadi. The five rathas that can be seen are Dharmaraja Ratha, Bhima Ratha, Arjuna Ratha, Draupadi Ratha and Nakul Sahadev Ratha. They are constructed on the style of the Buddhist viharas and chaityas. The unfinished three-storey Dharmaraja ratha is the largest. The Draupadi ratha is the smallest, it is one-storeyed and has an interesting thatch-like roof. The Arjuna and Draupadi rathas are dedicated to Shiva and Durga respectively.