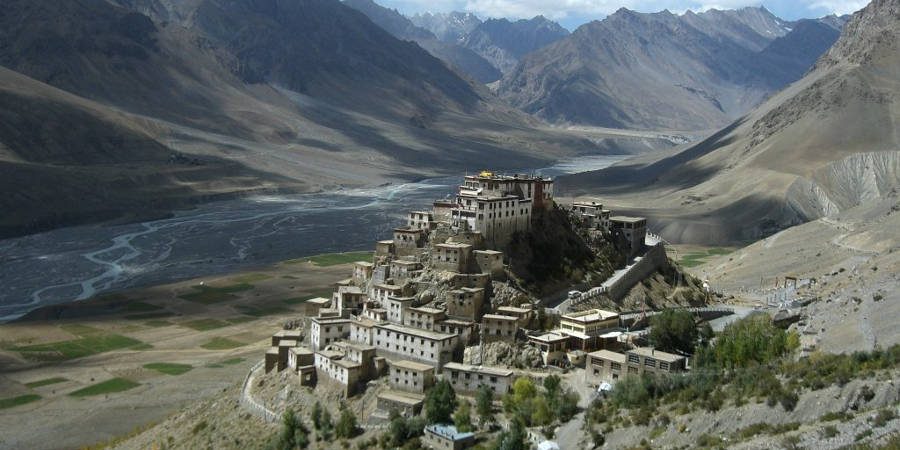 Kye Monastery is situated 12 kms. north of Kaza and serves the western population of Spiti in the Lahaul & Spiti District of Himachal Pradesh. It is the oldest and biggest monastery of the valley and located at (4116 m) above Kye village. It houses beautiful scriptures and paintings of Budha and other goddesses. Lamas practice dance, sing and play on pipes and horns. Many Lamas get religious training here. It has murals and books of high aesthetic value. This monastery is an outstanding example of the monastic architecture, which developed during the 14th century in the wake of the Chinese influence. The Mongols plundered the monastery in the middle of the 17th century. In the 19th century, it again suffered three brutal attacks. The successive trails of destruction and patch-up jobs have resulted in a haphazard growth of box-like structures, and the complex now resembles a defensive fort.