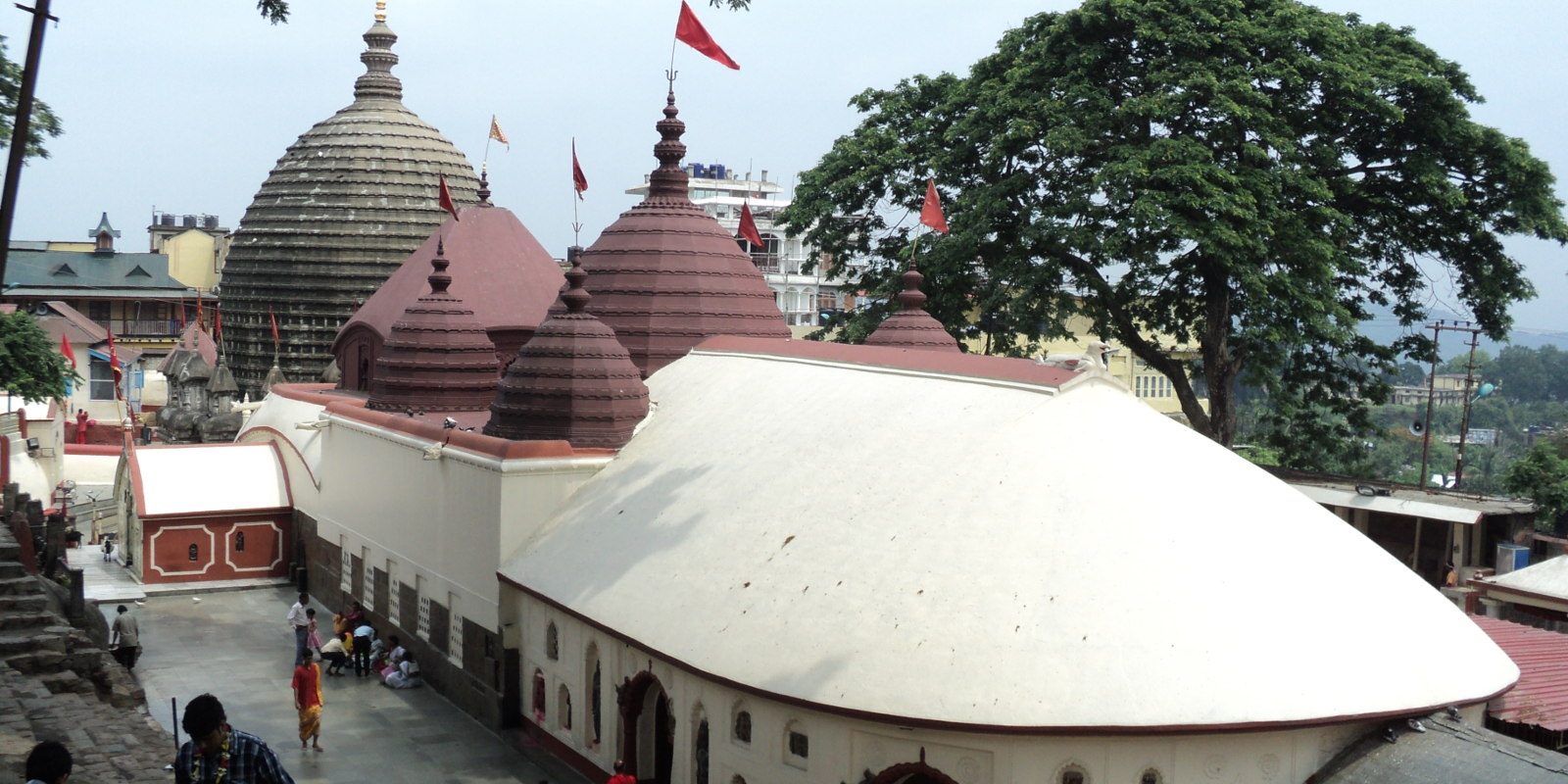 The Kamakhya Temple, which is situated high aloft a hill called Neelachal Parbat or Kamagiri in the city of Guwahati is one of its several religious landmarks, which speaks volumes about the rich historical treasure over which the state of Assam is seated. This sacred temple in the heart of the capital city of Assam holds more than it meets the eye of the onlooker. The Kamakhya Temple had been built in reverence to Goddess Kamakhya or Sati, who was one of the numerous incarnations of Goddess Durga or Goddess Shakti.The temple is situated a few kilometers away from the Guwahati Railway Station, and is open for visitors throughout the year. There is a legend attached to the history of the temple, which goes way back to the mythological age. According to the legend, Sati the wife of Lord Shiva (one of the holy Trinities in Hindu mythology) took her life at a ‘Yagna’ ceremony that had been organized by her father Daksha, because she could not bear the insults hurled at her husband by her father. On hearing the news of his wife’s death, Shiva, the destroyer of all that was evil flew into a rage and punished Daksha by replacing his head with that of a goat. Torn between misery and blind fury, Shiva picked up the corpse of his beloved wife Sati and performed a dance of destruction called the ‘Tandava’. The intensity of the destroyer’s fury was so overwhelming that it took several Gods to pacify his anger. In the midst of this struggle, Sati’s corpse accidentally got cut into 51 parts by the disc in the hands of Lord Vishnu (also one of the Trinities in Hindu mythology), and her female genitalia or ‘Yoni’ fell on the spot where the Kamakhya temple stands today, forming one of the many Shakti ‘Peethas’ embellishing the rest of her body parts.

King Nara Narayana of Cooch Behar rebuilt the temple in 1665 after it had suffered destruction at the hands of foreign invaders. The temple consists of seven oval spires, each topped by three golden pitchers, and the entrance spirals down to a curvy path of some distance, which specially links the main road to the temple. Some of the sculptured panels of the temple carry depictions of Gods and Goddesses of Hindu pantheon carved in a delightful pattern. Tortoises, monkeys, and large number of pigeons have made the temple their home, and loiter around the premise, being fed by the temple authorities and the visitors. The cryptic, as well as the peaceful ambience of the temple combine together to soothe the nerves of visitors, and take their minds to flights of inner salvation, and this is the very reason that people come here for.

With all its enigmatic splendour and picturesque locale, the Kamakhya Temple is one of the most astounding structures, not only in Assam, but also in the whole of India.