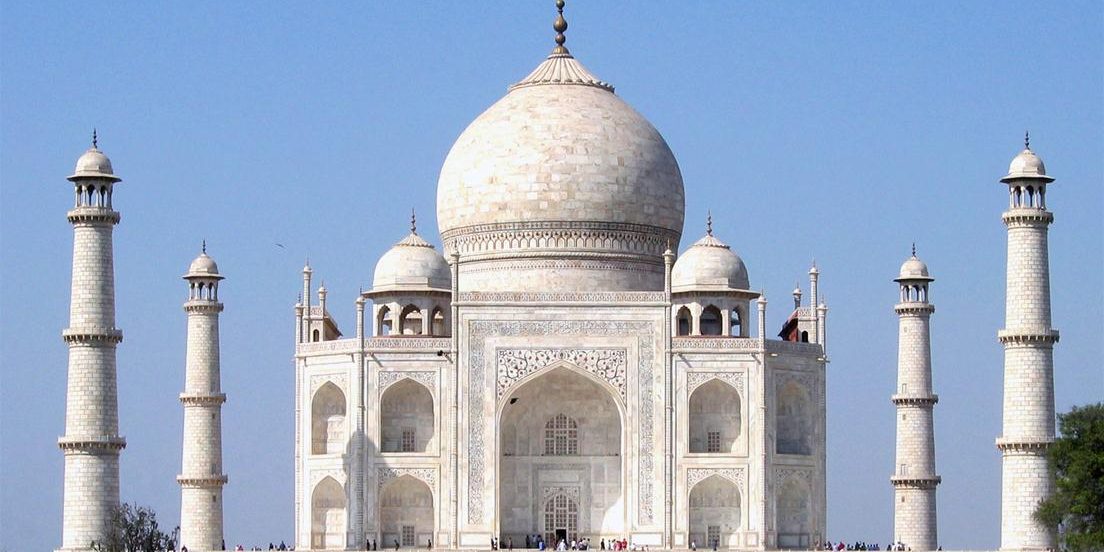 Taj Mahal and It’s architecure : Taj mahal is Seventh Wonder of the world. Taj Mahal is one of the finest examples of Mughal architecture, a style that combines elements from Persian, Islamic and Indian architectural styles.

In 1983, the Taj Mahal architecture became a UNESCO World Heritage Site due to it’s unique architecture, structure and history behind building the Taj Mahal. While the white domed marble mausoleum is the most familiar component of the Taj Mahal, it is actually an integrated complex of structures. The construction began around 1632 and was completed around 1653, employing thousands of artisans and craftsmen. The construction of the Taj Mahal was entrusted to a board of architects under imperial supervision, including Abd ul-Karim Ma’mur Khan, Makramat Khan, and Ustad Ahmad Lahauri. Lahauri is generally considered to be the principal designer.

How to Reach Taj Mahal :

By Air: Indian Airlines (Domestic Airline in India) runs daily flights from Delhi to Agra. The airport of Agra is known as Kheria Airport and is located at a distance of around 6 kilo meters from Agra city centre. The airport can be easily accessible by taxis and auto-rickshaws at nominal rates.
By Rail: Agra is well connected by excellent train services to Delhi such as The Shatabdi Express (2 hrs), Taj Express (2.5 hrs), Intercity Express (3 hrs).
By Road: There are regular bus services from Agra to a number of important cities. The main bus stand of Idgah has a number of buses running for Delhi, Jaipur, Mathura, Fatehpur-Sikri, etc.
Category: World Heritage SitesBy userJune 5, 2016
Share this article
Share on FacebookShare on Facebook TweetShare on Twitter Pin itShare on Pinterest Share on LinkedInShare on LinkedIn Share on WhatsAppShare on WhatsApp