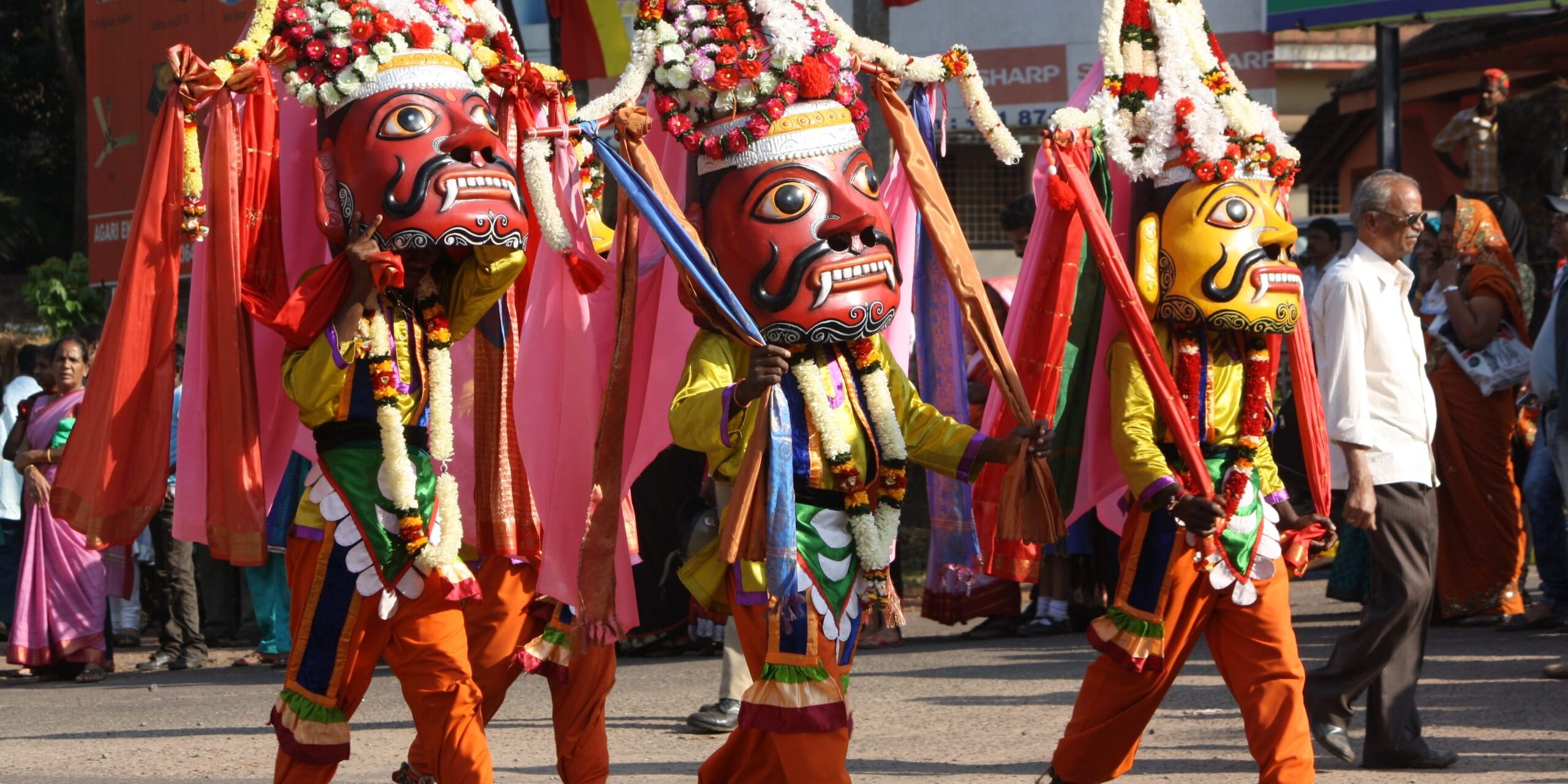 Somana Kunitha or the ‘Mask dance’ is a celebratory form of spirit worship prevalent in south Karnataka region. It is performed mostly in village shrines dedicated to the Mother Goddess. The art is mostly practised by the Gangemata community. The dance is characterised by the dancers wearing elaborate masks painted in different colours. The colour of the mask is also indicative of the nature of the deity. A benevolent deity is represented by a red mask while a yellow or black mask suggests the opposite. There are many types of somas or masks, which differ from region to region. Somana Kunitha is mainly associated with worshipping “Grama Devate” (Village Deity). Somana Kunitha is a form of folk dance associated with rituals. Somana Kunitha is celebrated mainly after yugadi and before the onset of Monsoon in Jaatre (celebration and worship of village deity and rituals). It will start from Shivaratri itself. Somana Kunitha is prevalent mainly in old Mysore region in districts such as Hassan, Tumkur, Bangalore, Mandya, and Chitradurga.
On the ceremonial day, offerings of blood are made to the spirits. The masks are made of the ‘Indian red tree’ (Pterocarpus Santalinus Linn). The other props include a cane or stick and peacock feathers. A mini headgear containing colourful flowers, neem leaves and colourful pieces of cloth is also worn. The music is provided by the Doonu(percussion), Mouri(wind pipe) and the Sadde(a windpipe to keep the shruti). The dancer starts his dance from the temple of the Goddess and proceeds in a trance like state singing in praise of the spirit. An offering of the blood of a fowl or chicken is sometimes made to propitiate the Goddess.