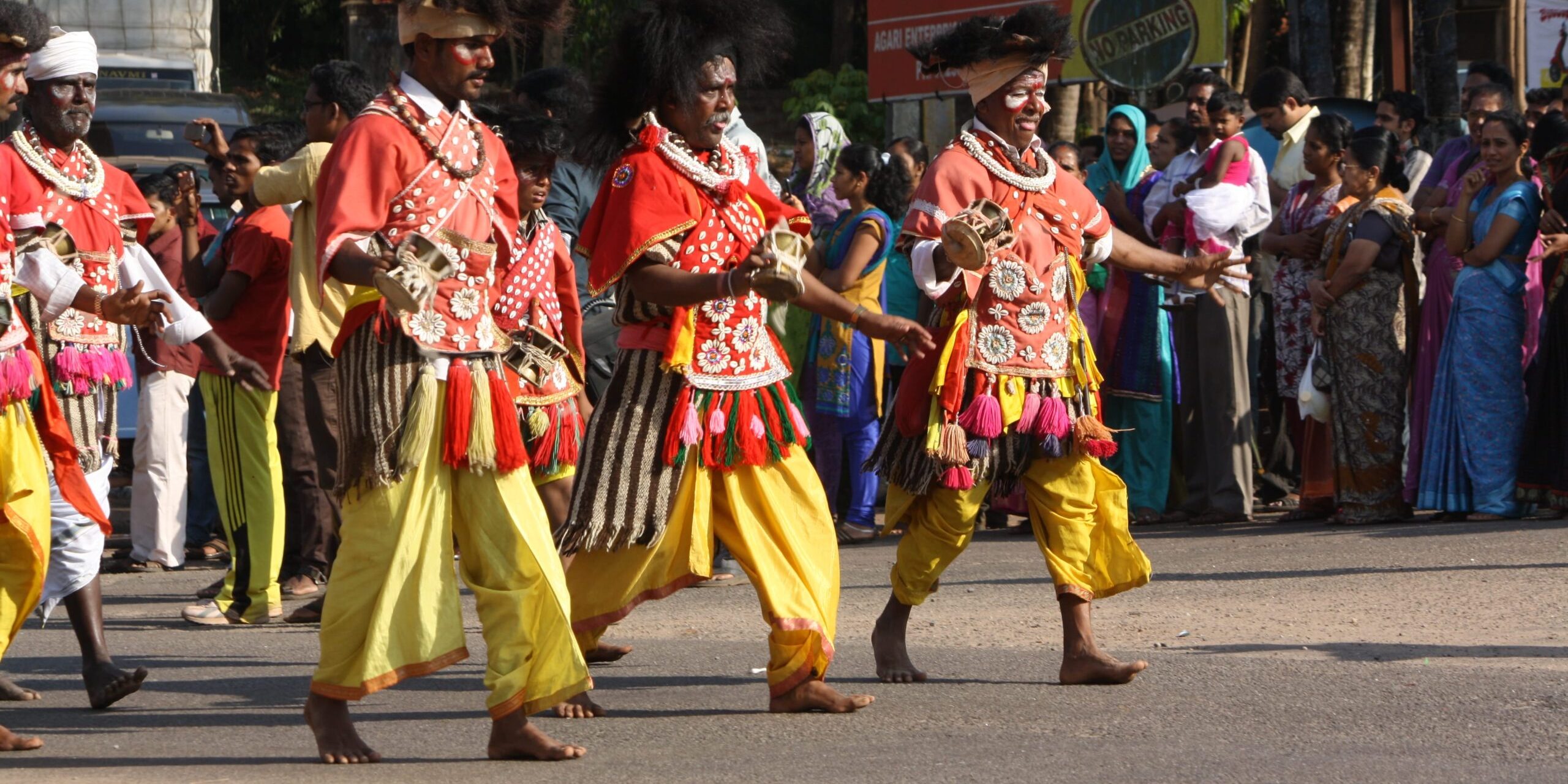 Goravara kunita is a folk dance of Goravas or the Shiva cult that is popular in both Mysore and North Karnataka regions. While in North Karnataka, the Goravas worship Mylara linga as their deity, in Mysore region, they worship Mudukutore mallikarjuna. they hail from the Halumatha Kuruba Gowda community.

In the Mysore region, the costume consists of a black and white woolen rug, a fur cap (fur from black bear) and the Damaru and the pillangovi(flute) are the instruments used. Sometimes a small bronze bell called paarigante is also used. The costume in the northern regions varies and the dancers wear a costume of a black woolen rug with a black coat and white dhoti.

The dance consists of trance like movements with no fixed choreography. The North Karnataka the ‘Gorava’ also anoints his forehead with yellow powder and gives Prasada to the devotees.

Goravara kunita performances are usually by a group of 10 or 11.