You are here:
Governance 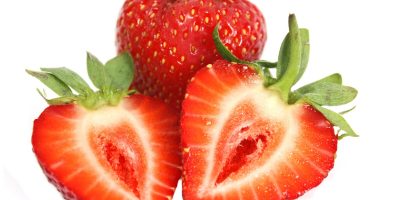 Dynamic, dedicated and determined, Narendra Modi arrives as a ray of hope in the lives of a billion Indians. His laser focus on development and his proven ability to deliver results have made him one of India’s most popular leaders. His promise is to build a nation that is strong, prosperous and inclusive, where each and every Indian can realize their hopes and aspirations.

Narendra Modi made his mark on both the Indian and global stage as the chief minister of the western state of Gujarat for a record four terms. There, he brought about a paradigm shift in people’s lives by delivering pro-citizen good governance, where the state served its people humbly and honestly. He transformed Gujarat, which was reeling from the aftereffects of a devastating earthquake, into a growth engine that made a strong contribution to India’s development.

Always leading from the front and working towards all-round development, Modi built layers of infrastructure across the state, just as he restructured and simplified the bureaucracy of government to make it work efficiently, honestly and humanely. Under his leadership the Gujarat government won over 300 awards at the domestic and international level including those from bodies such as the UN.

Narendra Modi has achieved all this thanks to hard work and the values instilled in his childhood. Born on 17 September 1950 in a small town in Gujarat, he grew up in a loving but poor family ‘without a spare rupee’. The initial hardships of life not only taught the value of hard work but also revealed to him the avoidable sufferings of the common people. That is why as chief minister, he lived his life by the principle of ‘Antyodaya’, of serving the last person in the queue. From a very young age he immersed himself in service to the nation, working with patriotic organisations.

He is a ‘people’s leader’, dedicated to improving their well-being. Nothing is more pleasing to Modi than being among ordinary people, sharing their joys and alleviating their sorrows. His powerful, personal ‘connect’ on the ground is complemented by a strong presence online where he is known as India’s most techno-savvy leader, using the web to reach people and bring about change in their lives. He is very active on social media, including Facebook, Twitter, Google+ and other forums.

Beyond politics, Narendra Modi enjoys writing and is the author of several books, including poetry. His day always begins with yoga, which centres him and instills a sense of calm in an otherwise fast-paced routine.

This is the man, an embodiment of courage, compassion and conviction, on whom the nation has bestowed its mandate, hoping that he will rejuvenate India and make it a bright beacon to the world.