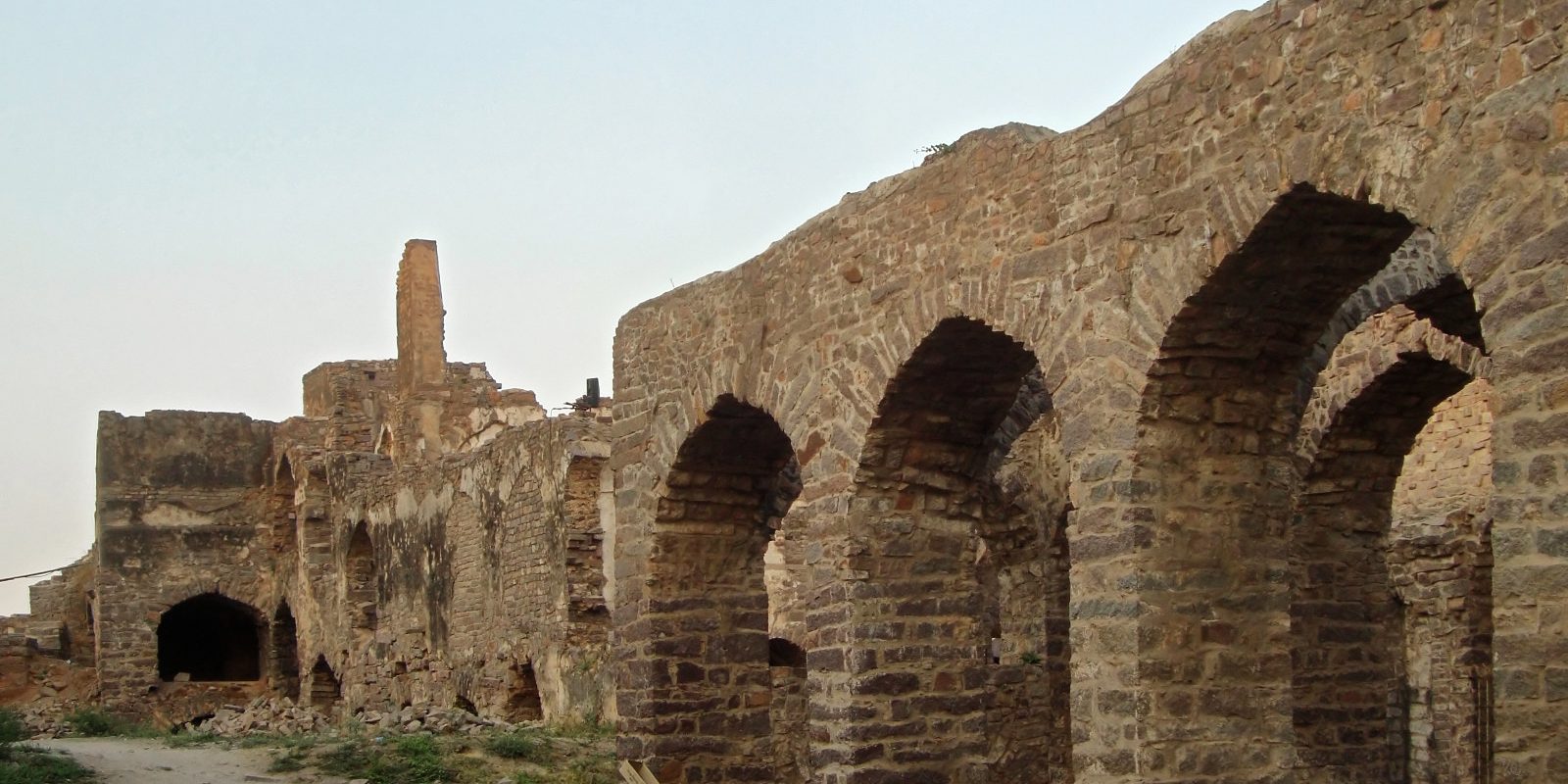 Golconda Fort is one of the finest and must visit fort in the state of Andhra Pradesh. India is a country with a deep manifested past. Her rich cultural heritage has kept everyone in a maze. All the states in India have some or the other cultural history. If you ever chance to visit Hyderabad, the capital of Andhra Pradesh, you can’t possibly miss out the 400-year-old majestic and imposing Golconda Fort situated on the western outskirts in the city. The fort was built by the Kakatiya dynasty in the 13th century.Considered one of India’s most outstanding citadels, the Golconda fort epitomizes the sumptuous ‘Nawabi’ culture of the time. “Shepherd’s Hill” or “Golla Konda”, as it was popularly known in Telugu, has an interesting story behind it. One day, a shepherd boy came across an idol on the rocky hill, which was called Mangalavaram. The news was conveyed to the ruling Kakatiya king. The king got a mud fort constructed around the holy spot and his descendents continued to follow this trend.

Later, the Golconda fort came into the possession of the Bahmani dynasty. Still later, the Qutub Shahi dynasty took over and made Golconda its capital. Golconda fort owes much of its present grandeur to Mohammad Quli Qutub Shah. The subsequent generations saw Golconda being fortified further with several additions and the formation of a beautiful city within. By the 17th century, Golconda was famous as a diamond market. It gave the world some of the best-known diamonds, including the ‘Kohinoor’. The meticulous details of the architecture and the fading gardens, which were once upon a time replete with sprawling lawns and playing fountains has the power to transport you back in time. The magnificent architecture of the Golconda fort is as imposing as ever, and this is evident from the colossal gate at the entrance studded with long iron spikes, to deter invading armies from battering it down. The gate leads to the portico known as the Balahisar gate, magnificent as the gate itself.

One can’t help, but be amazed at the modern acoustic system, which was so designed that a handclap sounded at the Balahisar gate of the fort could be heard right up in the citadel! The brilliant planning of the architects is evident from the ventilation, which is so designed to let in bouts of fresh cool breeze, a respite from the scorching humid summer of Andhra Pradesh!

Also worth having a look at is the royal Nagina Gardens, the bodyguards’ barracks, and the three water tanks, all of 12 metres deep, which once formed part of an intricate water system in the fort. The crowning glory of the fort is the durbar hall, which stands atop a hill overlooking the twin cities of Hyderabad and Secunderabad. It is approached by a thousand-step stairway, and if you can summon up the energy to accomplish the climb, you will be rewarded with a great view of the cities below- including (on a clear day) the famous Charminar itself.

Outside the Golconda fort are two separate pavilions built on a rocky eminence called the Taramathi Gana Mandir and the Premathi Nritya Mandir, where the legendary sisters Taramathi and Premamathi lived. They gave their performance on a circular dais atop a two-storied structure called the Kala Mandir, which was visible from the king’s durbar. Efforts are on to revive the glory of the Kala Mandir, now in a dilapidated condition, by organizing the Deccan art festival annually. The beautiful domed Qutub Shahi tombs with Islamic architecture are situated close to the fort.

A new attraction at the fort is a sound and light show that brings the legend of Golconda to life. With a spectacular interplay of audio and visual effects, the saga of Golconda unfolds over centuries of splendour. The show is presented in English and Telugu on alternate days of the week. The Golconda fort still stands tall as a proud sentinel amidst the current day Golconda artillery of the Indian army, which has sprung up today.